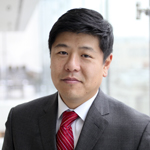 After a protracted summer debate, Congress voted last month to raise the debt ceiling. The eleventh-hour move came only after both sides agreed on a plan to decrease the national debt. A "super committee" was appointed to find at least $1.2 trillion in spending cuts. If the committee fails, a "trigger" will automatically make the cuts for them.

In the midst of the contentious deliberations, Pew released a report,The Debt Ceiling Debate: How a Federal Default Could Impact Cities and States. As Congress returns from recess, Pew’s Kil Huh explains how the federal debt deal may affect the states.

Q: Many state and local governments feared devastating consequences if Congress didn’t raise the federal debt limit. As summer recess closes and the federal fiscal year ends, where do things stand for states?

A: Many state and local policy makers expressed relief that a federal default was avoided in part because it eliminates the immediate risk of increased borrowing costs. Moody’s had singled out for a possible downgrade five AAA-rated states that rely heavily on federal spending. Another 177 top-rated municipalities were also under review. The deal will allow states and localities to continue to affordably access the credit markets for long-term investments in schools, roads, bridges, water systems, hospitals and other infrastructure projects.

As policy makers in Washington debate the options for reducing the federal debt, understanding how states and cities might be affected is crucial.Kil Huh, Director, Pew Research

Q: What should states and cities be watching for as the Congressional super committee begins its deliberations?

A: States depend on federal funds for about a third of their budgets, which they just finished balancing for the upcoming year. In the past four years, states have cut spending and raised taxes to close budget shortfalls totaling nearly $480 billion. Governors on both sides of the aisle have indicated that if states get less federal aid going forward, it may mean additional cuts to programs and services and, possibly, more tax increases. It’s difficult for states and cities to plan for the future when they don’t know what programs will get cut, how deep the cuts will be

Q: How else might states and cities be affected?

A: Beyond potentially deep cuts in federal funds, another worry for states and cities is that the federal tax exemption for newly issued municipal bonds could be eliminated. The Simpson-Bowles Commission has suggested scrapping the exemption, which the OMB estimates will cost the federal government over $230 billion over the next five fiscal years. Without the exemption, investors could demand higher returns to buy municipal debt, making borrowing more expensive for cities and states.

Q: What will it mean for state and local governments if the super committee process fails and the "trigger" mechanism kicks in?

A: The good news for states is that many of their programs that rely heavily on federal spending are exempted from cuts under the trigger. While the super committee can cut federal funding for Medicaid, the trigger cannot. Other exempt programs include most federal transportation funding, Temporary Assistance for Needy Families and the Supplemental Nutritional Assistance Program. But automatic cuts in other areas, such as education, would likely have a severe effect on services because of the deep cuts that state and local governments have already made themselves.

Q: We've talked about some of the challenges state officials are facing. What should federal policy makers keep in mind now as they return from recess and get back to work?

A: Federal policy makers, opinion leaders and the media have focused on how raising the debt ceiling and dialing back the debt might affect the national economy and global markets. But at a time when states and cities are still feeling the effects of the Great Recession, not enough attention has been paid to how these cuts could impact their efforts to balance their budgets or borrow for critical needs. Their reliance on federal money means they will feel the pain of budget cuts. As policy makers in Washington debate the options for reducing the federal debt, understanding how states and cities might be affected is crucial.