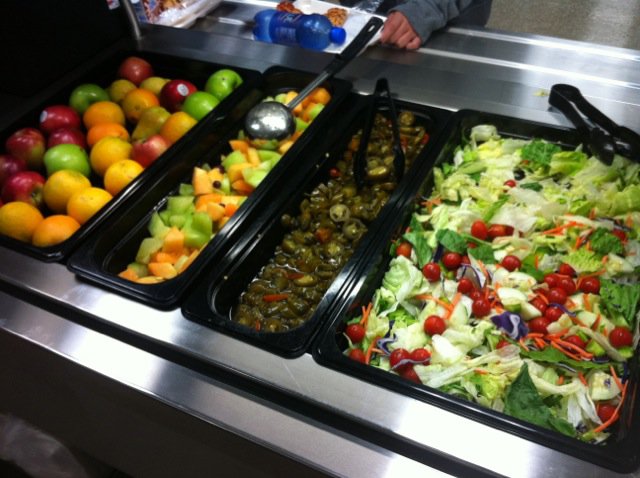 Cypress-Fairbanks Independent is a very large school district, with nearly 80 schools and more than 100,000 students. To ensure that all students in the district have access to nutritious food that does not bust the budget, the district centralized its meal preparation, creating meals en masse in a central production center that serves all of the district’s schools.

The central kitchen was built in 1986, and it has increased the variety of healthy and appealing meals offered to students at all grade levels. The district purchases approximately 700 tons of fresh produce annually, and the central production center allows it to efficiently prepare and serve fresh-cut fruit throughout the week, including watermelon, pineapple, orange and apple slices, grapes and cantaloupe.

“Having one receiving point (the production center) instead of 79 individual campuses keeps the cost of fresh fruit reasonable,” said Matt Morgan, food service director for the district. He and his staff have also developed other healthy recipes they produce in large quantities and serve at each campus, such as entrée salads, including grilled chicken Caesar salad, chef’s salad, southwest grilled chicken salad and fresh spinach salad.

“Serving food to a hundred thousand kids is a daunting task,” said Morgan. “But even with that many kids, there are easy low- and no-cost changes that can make a huge difference in the quality of nutrition.”[1]