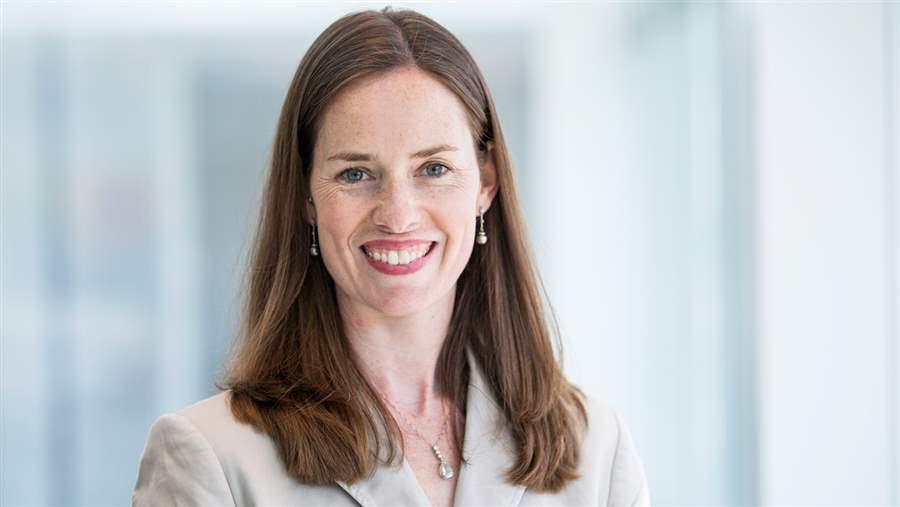 In today’s tough fiscal and economic climate, federal and state lawmakers need to know what factors impact people’s movement up and down the income ladder. This understanding has the potential to shape policy choices about a range of issues, including education, personal savings, and neighborhood poverty.

The American Dream is an important piece of this nation’s fabric and, as demonstrated by the recent Census Bureau report that U.S. poverty numbers are increasing, it is sometimes difficult to achieve.

Erin Currier, a project manager with Pew’s Economic Mobility Project, discusses how people move up and down the economic ladder over their lifetimes and across generations.

Q: The Economic Mobility Project just released a new report, Downward Mobility from the Middle Class: Waking Up from the American Dream. What is the primary finding of the report and how does it fit into the project’s scope of research?

A: The Economic Mobility Project (EMP) develops comprehensive research related to economic mobility in the U.S. Our goal is to foster an informed and nonpartisan discussion about the health and status of the American dream.

Our research looks at how people move up and down the income ladder over their lifetimes and across generations. We try to uncover the factors that matter most in determining upward or downward mobility.

In our most recent report, we found that just under one-third of Americans raised in middle-class homes in the 1970s fell out of the middle as adults, and 19 percent have at least 20 percent lower incomes than their parents did at a similar age.

"The recent numbers on increased levels of poverty, particularly child poverty, are troubling in terms of economic mobility."

Q: What were the main factors associated with downward mobility out of the middle class?

A: For both men and women, postsecondary education is a very important factor in protecting against downward mobility and maintaining middle-class status. People who have a four-year degree are much more likely to stay in the middle class as adults than those with only some college or a high school diploma.

We also found that people who are married are less likely to be downwardly mobile than people who are widowed, divorced or never married. And finally, we found that standardized test scores, particularly on the Armed Forces Qualification Test, or AFQT, which measures things such as word knowledge, reading comprehension and math skills, are predictive of a person’s ability to maintain middle-class status.

"The recent numbers on increased levels of poverty, particularly child poverty, are troubling in terms of economic mobility."

Q: What does EMP believe these findings mean for our economy and for economic mobility in general?

It’s important to put the downward relative mobility finding in context, however. EMP believes it is critical to look at two measures of mobility to get a complete picture of where Americans stand. The first is absolute mobility, which looks at Americans’ incomes in inflation-adjusted dollars compared with their parent’s incomes when they were a similar age. The second is relative mobility, which looks at where people fall within the income distribution and compares that to where their parents were at a similar age.

When we look at mobility data by an absolute measurement, we actually have reason to be hopeful. We know that more than 80 percent of Americans have higher family incomes in inflation-adjusted dollars than their parents did at a similar age. At the same time, relative mobility measures are concerning. We know, for example, 42 percent of people whose parents were in the bottom fifth of the income distribution are stuck there as adults. At the same time, four out of ten Americans whose parents were at the top of the income ladder remain at the top themselves.

Q: Recent Census Bureau figures show a rising number of people living in poverty. What does that mean for economic mobility in the future?

A: Among people raised at the extremes of the income distribution, their place on the income ladder as adults is highly influenced by where their parents were. We call that “stickiness at the ends.” So the recent numbers on increased levels of poverty, particularly child poverty, are troubling in terms of economic mobility. It’s scary enough that so many people will be living in poverty over the next couple of years. But our research shows children raised in poverty have a high likelihood of remaining in poverty themselves over the long term. The new poverty numbers are very troubling in that respect.

Q: Does EMP have any specific policy advice to offer in regards to ensuring economic mobility?

We’ve also seen in past research that living in a high-poverty neighborhood during childhood plays a powerful role in preventing people from moving up the income ladder and encouraging their downward mobility across generations. We also know that savings rates and other personal assets promote economic mobility. It’s our contention that those data could be used to influence public policy in a positive way.