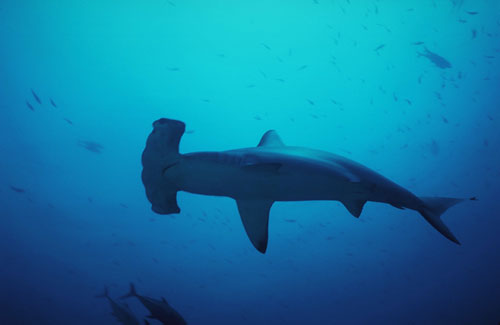 Approximately 73 million sharks – including the distinctive hammerheads – are killed annually, with their fins used in shark fin soup. Vulnerable sharks such as the porbeagle and spiny dogfish are killed in large quantities for their meat. A number of other shark species are threatened, with declines of more than 90%.

The Atlantic bluefin tuna is one of the most majestic fish in the sea. Studies show that the species has declined more than 80% since 1970, and is continuing to plummet, due to overfishing and international trade.

The Convention on International Trade in Endangered Species of Wild Fauna and Flora (CITES) was held in Doha, Qatar from March 13 – 25, 2010. CITES, with 175 member countries, limits or prohibits international trade in endangered and threatened plants and animals. This was the first CITES Conference of the Parties to be held in the Middle East.

Read our position papers on CITES proposals and download our species fact sheets.