Higher education has proved to be a powerful path toward upward economic mobility, especially for Americans at the lowest rung of the income ladder, and federal student loans can be an effective tool for increasing access to postsecondary education.

However, millions of Americans struggle with repayment. According to the U.S. Department of Education, more than 8 million federal student loan borrowers were in default in 2017—having made no payments in at least a year—and close to 3 million William D. Ford Federal Direct Loan Program (commonly known as direct loan) borrowers were more than 30 days delinquent. Failing to pay student loans can harm borrowers’ credit, among other negative outcomes.

The Pew Charitable Trusts’ project on student borrower success seeks to promote successful repayment of student debt among those most at risk of default and delinquency. To that end, it conducts research on, and when warranted recommends reform of, two elements of the student loan system that are pivotal to borrower success: loan repayment, especially among borrowers at the greatest risk for delinquency and default, and loan servicing. 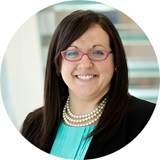