Public Health and the Opioid Crisis 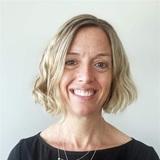 How Pew Is Helping to Address Philadelphia's Opioid Crisis

Even before the pandemic, Philadelphia was among the cities hardest hit by the nation’s opioid problem. In 2019, the city recorded 1,150 deaths from drug overdoses, with 80% of them attributed to opioids. And city health officials say they expect the 2020 death toll to be higher because of COVID-19, a trend that has already been confirmed nationally.