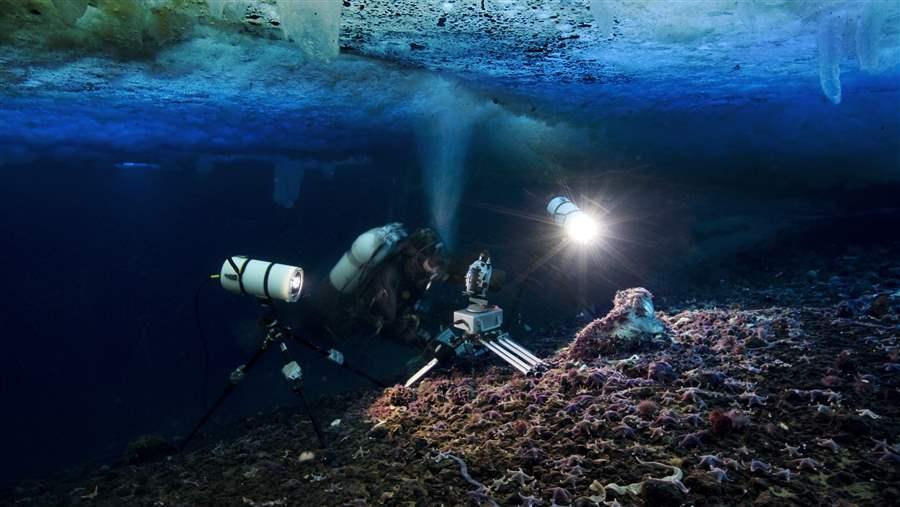 HOBART, Australia—In mixed news for ocean conservation advocates, the body that governs all activity in the Southern Ocean around Antarctica concluded its 36th annual meeting today without creating a marine protected area (MPA) in East Antarctica. But the scientific body within the Commission for the Conservation of Antarctic Marine Living Resources (CCAMLR) did endorse a plan to monitor the world’s largest MPA, in the Ross Sea, which it created last year. The Pew Charitable Trusts is disappointed in CCAMLR’s lack of progress on designating another marine protected area, particularly as it leaves penguins and other vulnerable Antarctic species unprotected for another year.

For the sixth consecutive time, CCAMLR delegates failed to reach consensus on a proposal to create the East Antarctica protected area, losing the momentum from last year, when CCAMLR designated the 2.06 million-square-kilometer Ross Sea MPA. However, the commission considered a new proposal for a reserve in the waters around the Antarctic Peninsula and is working to refine the details of a potential protected area in the Weddell Sea. Pew expects that CCAMLR will approve both proposals in coming years.

On the other hand, CCAMLR’s scientific body endorsed a research and monitoring plan for the Ross Sea Region MPA (RSRMPA). The MPA will enter into force Dec. 1, and the monitoring plan will help determine the effectiveness of the protected area over the next 35 years by showing if the health of the region’s ecosystem is improving. The scientists helping to implement the plan will also study how ocean warming is affecting the ecosystem, and possibly make important discoveries on individual species, such as the Antarctic toothfish, a top predator in the region and a fish with a complex life cycle that scientists don’t yet fully understand.

“This year, the scientific committee took an important next step—after last year’s designation of the Ross Sea Region MPA—by developing a research and monitoring plan (RMP) that will be a living document to be refined throughout the duration of the MPA. The RMP will help extend the benefits of the Ross Sea protected area beyond the MPA boundaries and sets high standards for MPA designations around the world.

“Among the most important aspects of the RMP will be the collection of baseline data on the Ross Sea ecosystem. This could not only help advance scientific understanding of these waters but also serve as an MPA monitoring blueprint for other fishery management bodies around the world.

“But after last year’s historic designation of the Ross Sea Region MPA, it is disappointing that CCAMLR could not agree to protect more of the vast and biologically diverse Southern Ocean. For the past six years, the commission has failed to reach consensus on East Antarctic protections. If CCAMLR is serious about its commitment to establish a Southern Ocean network of MPAs, it must continue moving forward in the coming years by agreeing to further protections, including in the Weddell Sea and Antarctic Peninsula, or risk jeopardizing the health of the region’s intact ecosystems.”