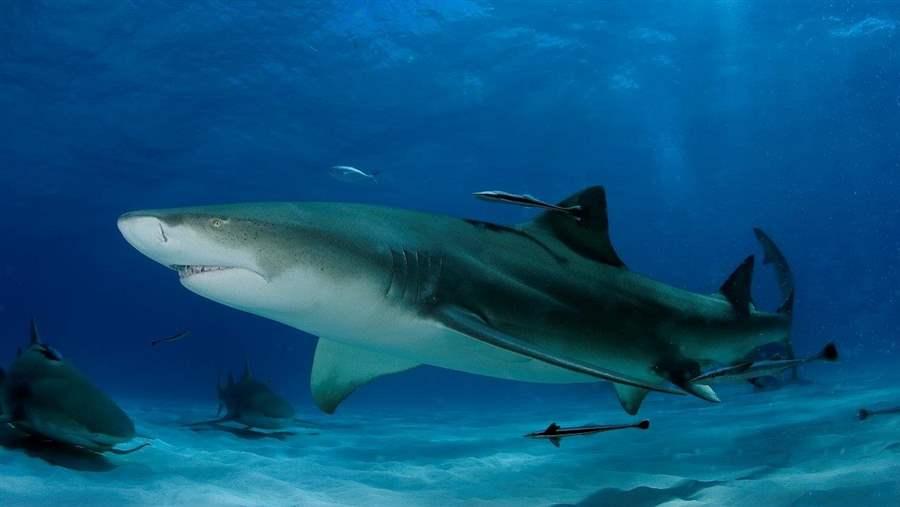 This press release was updated on June 29, 2016, to correct the shark sanctuary map.

Sharks are safer across the Caribbean Sea, with the announcement of four new shark sanctuaries in the region. Prime Minister William Marlin of St. Maarten and Wayne Panton, minister of financial services, commerce, and environment for the Cayman Islands, today announced that their exclusive economic zones (EEZs) are completely closed to commercial shark fishing. Additionally, Curacao and Grenada announced that they will establish legislation this year to protect sharks in their waters.

Government leaders were joined by ocean advocate Sir Richard Branson, as well as by global shark experts and representatives from The Pew Charitable Trusts and other nongovernmental organizations, at a press conference in St. Maarten to champion the new protected areas.

"People from all over the world come to our island to dive and snorkel with our marine wildlife, including sharks and rays," said Irania Arrindell, St. Maarten’s minister of tourism, economic affairs, transport, and telecommunications. "St. Maarten’s shark sanctuary will help to ensure that our local shark populations exist for future generations and continue to benefit St. Maarten’s marine ecosystem and ecotourism."

Together, the two new sanctuaries cover a total of 46,190 square miles (119,631 square kilometers), raising the total number of Caribbean sanctuaries to seven.

Sir Richard Branson, Virgin Unite founder, said: “We applaud the steps taken by Caribbean island governments to conserve sharks in their waters. To these governments, sharks are worth far more alive than dead. We are delighted and encouraged to see this bold action being taken to protect Caribbean ecosystems and bolster ecotourism industries.”

The announcement came during a three-day shark conservation symposium co-hosted by the government of St. Maarten, the St. Maarten Nature Foundation, the Bahamas National Trust, and The Pew Charitable Trusts. At the symposium, Caribbean leaders had the opportunity to learn from global shark experts, such as Boris Worm, professor in marine conservation biology at Dalhousie University in Halifax, Nova Scotia, and discuss shark conservation and shark-related tourism in their jurisdictions.

Worldwide, at least 100 million sharks are killed each year in commercial fisheries; nearly 30 percent of all known shark species assessed by scientists are threatened with extinction. Sharks play an important role in maintaining the health of the entire ocean, but they grow and reproduce slowly, which makes them particularly vulnerable to overfishing. Officials in many coastal and island nations recognize sharks’ high value to the dive tourism industry.

“Establishing sanctuaries to protect all sharks makes clear that these top predators warrant the same status as other vulnerable marine wildlife that help attract ecotourism, such as turtles and whales,” Warwick added. 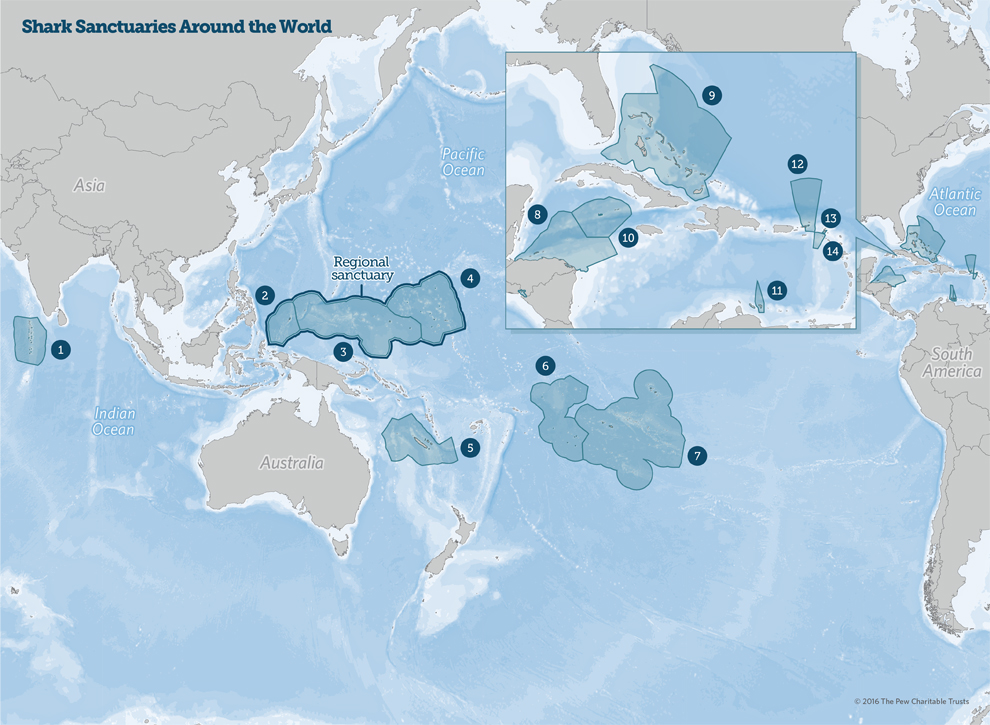