Borrowers Back Reform by a 3-to-1 Margin

A report released by The Pew Charitable Trusts today provides guidance for federal and state policymakers on how to make the payday loan marketplace more safe, transparent, and predictable. According to a series of studies by Pew, repayment of these short-term loans takes 36 percent of the paycheck of the average borrower, who can afford to pay only 5 percent. As a result, the typical customer has to repeatedly “re-borrow” the money every two weeks, spends five months of the year in debt, and ultimately pays $520 in fees for the original loan of $375.

“Payday Lending in America: Policy Solutions” is the third report in a series that provides information for policymakers as they consider ways to make small-dollar loans work better for borrowers. Research is unclear on whether high-interest small loans are beneficial to consumers with poor credit histories, but better regulation is needed regardless. Based on findings from the reports, Pew recommends that when policymakers choose to allow these loans, the following regulations should be in place to minimize harm to consumers and to maintain a marketplace for lenders:

This spring, the Consumer Financial Protection Bureau issued a study showing that the ultimate cost and duration of payday loan debt are far higher than advertised and stating the agency's intention to use its powers to protect consumers from the harms of payday lending. Pew urges the bureau to adopt these policy recommendations to make small-dollar loans more affordable, safe, and transparent across the country.

A poll of payday loan borrowers, which also appears in the latest report, indicates support for such reform. The nationally representative survey of payday loan borrowers reveals that an overwhelming 9 in 10 support a system of installment payments over time instead of the conventional lump-sum-repayment structure. Moreover, 8 in 10 favor payments that fit consumers' budgets by taking a more manageable amount of each paycheck.

“People who use payday loans are struggling,” Bourke added. “Most are paying bank overdraft fees, most carry credit card or other debt, and almost all have credit scores at the low end of the scale. Evidence shows that lump-sum payday loans harm consumers compared with loans that have affordable payments. It is possible to make this market work better for borrowers in a way that is viable for lenders.”

Pew's recommendations draw on a detailed analysis of regulation in Colorado, where state policymakers replaced a single, unaffordable, lump-sum repayment with a series of installment payments distributed over six months. Combined with significant safeguards that protect consumers from unscrupulous practices, this focus on affordability transformed payday lending in that state. Borrowers now pay 42 percent less annually than they did under the conventional model. And even though storefronts have consolidated, credit remains widely available, with more customers served at each location. The Colorado law has considerable shortcomings, including a complicated price structure and interest rates that may be higher than necessary to lend to those with poor credit histories and still make a profit. Yet it provides an important case study for regulators.

Methodology: This study's nationally representative findings are based on a survey conducted among storefront and online payday loan borrowers, with a margin of error of plus or minus 4.2 percentage points. The sample was compiled over eight months of screening on a nationally representative weekly survey. Pew's analysis of Colorado's system is based on data published by the state attorney general's office, borrower focus groups, and interviews with stakeholders.

The Pew Charitable Trusts is driven by the power of knowledge to solve today's most challenging problems. Pew applies a rigorous, analytical approach to improve public policy, inform the public, and stimulate civic life. 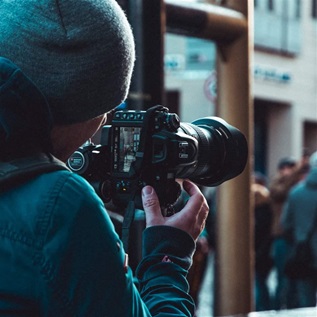 October 20, 2021 Philadelphians Should Be Aware of 'Tangled' Home Titles