Washington, D.C. — Most of the practices deemed “unfair” or “deceptive” by the Federal Reserve have disappeared from new credit card offers since federal passage of the Credit CARD Act last year, according to a new report by the Pew Health Group's Safe Credit Cards Project. Yet new trends have emerged that could cost cardholders significantly.

“While it's been less than a year since passage of the Credit CARD Act, the new law appears to be working for millions of Americans who have credit cards,” said Shelley A. Hearne, managing director of the Pew Health Group. “The elimination of most of the ‘unfair' or ‘deceptive' practices of the credit industry since we last surveyed the marketplace marks a major milestone in the move to make credit cards safer, transparent and more fair for consumers. Most of the news is good, but we are seeing the rise of new harmful behavior.”

The study, Two Steps Forward: After the Credit CARD Act, Cards Are Safer and More Transparent—But Challenges Remain (PDF) is the latest in a series of reports from the Pew Safe Credit Cards Project that has examined all consumer credit cards offered online by the nation's 12 largest banks and 12 largest credit unions.  Together these institutions control more than 90 percent of the nation's outstanding credit card debt.  For this latest report, which measures how the industry has changed since the passage of the Credit CARD Act, Pew gathered data in March 2010 on nearly 450 cards. Full details, including previous research, can be found at www.pewtrusts.org/creditcards.

“Although we applaud changes by the card industry to create a fairer and more transparent marketplace, our research shows that some challenges remain,” said Nick Bourke, director of Pew's Safe Credit Cards Project and report co-author. “For the first time, we have seen credit card disclosures warning consumers that interest rates could go up as a penalty for certain actions, but not stating how high those rates could go. Federal regulators should pay attention to this problematic new trend. When issuers withhold vital pricing information, it leaves cardholders in the dark and puts their financial security at risk, which is why federal regulations have long required issuers to disclose their rates and fees up front.”

The report also shows that surcharge fees for cash advances rose sharply between July 2009 and March 2010. Bank cash advance and balance transfer fees increased on average by one-third during this period, from 3 percent of each transaction to 4 percent.  Credit union cash advance fees went up by one quarter, from 2 percent to 2.5 percent.

Other pricing data is also included in the report, showing recent increases in a variety of credit card interest rates and fees. 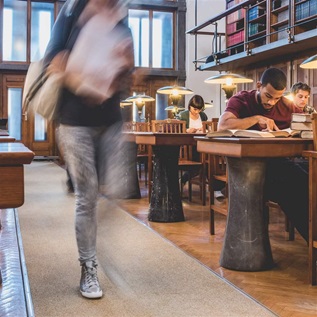