“The declaration that Palau will become the world's first international shark sanctuary helps fill a dire need to save sharks. Sharks have inhabited our planet for more than 400 million years, but today more than one third of the world's shark species are threatened or near threatened with extinction.  Now sharks will be safe from all commercial fishing in Palau's waters – an area about the size of Texas.

“President Toribiong's action set a clear and powerful example to the rest of the world. In addition to declaring the sanctuary, he called for a global moratorium on the finning of sharks as well as an end to deep sea bottom trawling and the destruction of vulnerable ancient coral ecosystems.

“Small island nations have a unique resource that they need to maintain and nurture: the ocean and the life within it.  Short term economic needs have pressured some island nations to over-exploit this resource.  Palau, however, has decided to take the path of ocean stewardship, building on the desire of visitors to see the wonderful marine environment that it has preserved.  We look forward to other nations following suit.” 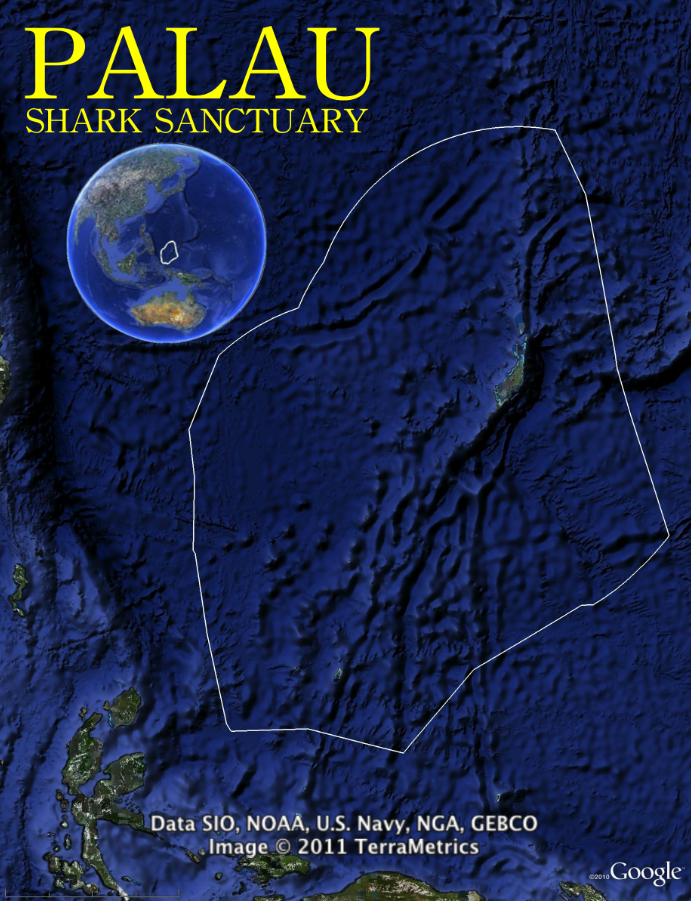