Theranos founder Elizabeth Holmes and chief operating officer Sunny Balwani were recently convicted of fraud for lying to investors about the company’s blood tests. But the loophole that Theranos used to market its faulty products still exists: The Food and Drug Administration does not review or approve tests that are developed and used in the same lab, as were Theranos’. That means that many companies can continue to market high-risk lab-developed tests (LDTs) without FDA review because the outdated rules that have been in place for decades allow it.

Unlike companies that manufacture diagnostic tests and sell them for use in medical facilities, labs that create and use their own tests are not required to register them, demonstrate to independent regulators that they’re reliable or publicly report instances of patient harm resulting from inaccurate results. These rules leave regulators and the public with little information about how many tests comprise the LDT market and the full extent of the risks patients face from faulty tests.

The rules date from 1976, when tests developed and used in the same lab were produced on a fairly small scale for limited use. But as the Theranos case demonstrates, that’s no longer true. Many labs today operate at commercial scale to produce tests used most commonly in cancer diagnoses, prenatal screenings and rare and infectious diseases. Providers and patients rely heavily on the results to set treatment plans—and inaccurate information can cause terrible harm. Sick people who get false negative results might not receive the care they need and, in the case of communicable disease, might further spread infection. And healthy people who receive false positives might be prescribed costly and invasive treatments for conditions they don’t actually have.

This isn’t mere speculation. Women who received positive results for a gene mutation that sharply increases the risk for breast cancer have decided to undergo mastectomies before learning that their results were inaccurate. And a recent New York Times investigation revealed that some patients who received inaccurate results on prenatal screens for rare fetal abnormalities have terminated their pregnancies. When such tests are widely used, a recent meta-analysis found that false positives for Down syndrome occur as often as 20 percent of the time—and happen even more frequently for Edwards and Patau syndromes, rare but serious chromosomal disorders that can cause severe birth defects and early death, usually within hours or days of birth.

Though any medical test can be wrong from time to time, FDA oversight and approval can reduce the risk. Key leaders in Congress have taken on the problem through the Food and Drug Administration Safety and Landmark Advancements (FDASLA) Act, approved last month in the Senate Health, Education, Labor and Pensions (HELP) Committee. Provisions in this bipartisan and carefully negotiated bill would balance safety and innovation by requiring FDA to approve high-risk tests—products that pose serious or long-lasting implications for a patient if inaccurate—before they can be used. Developers—including labs—would have to register their tests with the agency, provide information on their performance and report cases of harm. And the bill would still preserve the status quo for low-risk products, such as some cholesterol tests, which are unlikely to cause serious harm if inaccurate; developers could continue to bring these low-risk LDTs to market without FDA review.

The legislation enjoys this broad support largely because one of its main goals is to bring all clinical tests under the same framework, ensuring regulatory certainty and binding all test developers to the same rules. Patient safety demands that all high-risk tests be subject to FDA review, and lawmakers should resist efforts such as those that emerged during the committee’s markup of FDASLA to give special status to a certain sector of the lab industry. Such an exemption would undermine the attempt to create a uniform, risk-based approach for all tests and would leave patients vulnerable.

These reforms are long overdue. Gaps in diagnostics oversight have grown from cracks to chasms over the past 46 years—and we’ve seen the damage caused when companies can mass-market unapproved, high-risk tests to millions of people. Congress can solve the problem by passing the HELP Committee’s legislation this year. The nation’s health depends on it.

This piece was originally published by The Hill on July 18, 2022. 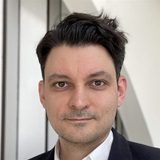