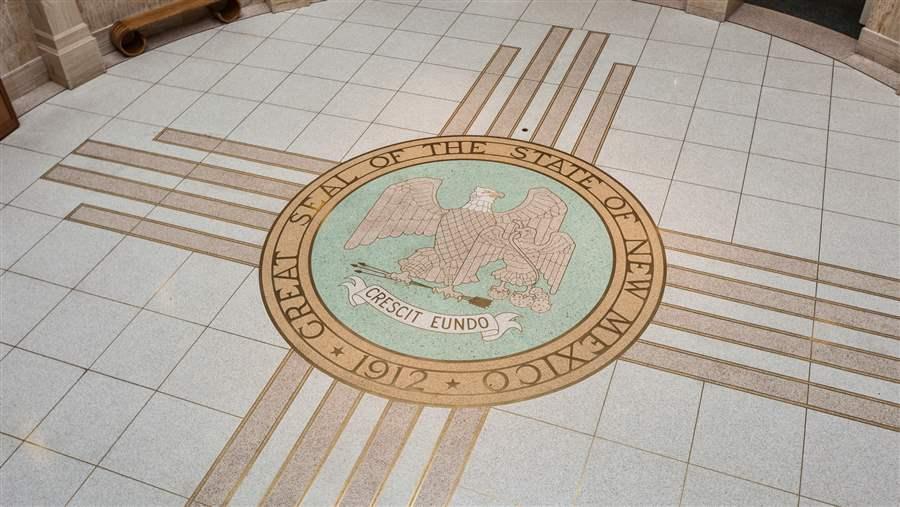 On October 25, 2016, Moody’s Investors Service downgraded New Mexico’s $327 million in outstanding general obligation bonds from Aaa to Aa1. Credit analysts explained that the rating was lowered because the state’s general fund reserves were depleted but emphasized that a rating upgrade is possible if the reserves are restored once revenue returns to normal.  Conversely, Moody’s warned that a failure to replenish the reserves could justify further downgrades.

The “big three” credit rating agencies—S&P Global, Moody’s Investors Service, and Fitch Ratings—periodically conduct in-depth analyses of state and local government finances in order to assign a credit rating. These ratings, which are similar to the credit score that lenders review when an individual applies for a loan or credit card, provide a signal to investors about a government’s ability to repay its debt obligations.  The credit agencies assess performance across a variety of criteria, such as trends in the state’s economy, existing debt, and the state’s ability to operate throughout the business cycle. States deemed able to meet their debt obligations during periods of fiscal stress, or capable of adapting quickly to such stress, are typically granted the highest ratings. States that operate with structurally weaker budgets, less diversified economies, or fewer fiscal management tools to address shortfalls receive lower ratings. Typically, states with higher ratings enjoy lower borrowing costs. As of January 2017, 12 states held the highest (Aaa/AAA) ratings from all three agencies, while Illinois was the lowest-rated, holding a Baa2 rating from Moody’s, BBB from S&P, and BBB+ from Fitch.

In light of New Mexico’s downgrade and similar actions on other states by rating agencies citing insufficient reserves or depleted rainy day funds, The Pew Charitable Trusts examined credit rating action reports issued by Moody’s between 1992 and 2015. The research revealed that rainy day funds and states’ broader reserves play a key role in the credit agencies’ evaluations: 81 percent of the 149 reports examined mentioned reserves generally, and 42 percent specifically noted the condition of the state’s rainy day fund and cited it by name.

A fiscal cushion is not enough to ensure that states have or retain a high rating, however. In a forthcoming report, Pew will detail how credit rating analysts are attentive to the policies that define rainy day funds and how well state policymakers align their reserves with the business cycle.

Rainy day funds that are designed with distinct, objective goals—and that contain guidelines for deposits and withdrawals that policymakers can adhere to regardless of changes in governors, legislatures, and business cycles—have been identified by the ratings agencies as good reserve policy. In interviews with Pew, ratings analysts said rule-based mechanisms that determine when states deposit or withdraw from their reserves are a credit positive, provided that the rules are evidence-based. Although business cycles and their impact on tax collections vary from state to state, the agencies say rainy day fund policies that are attentive to a state’s economic and revenue volatility are sound reserve policy.  For example, as Moody’s noted, one of Minnesota’s credit strengths is its reserve policy, which “targets reserve levels based on historic volatility and forecast revenues.” Similarly, Moody’s highlighted Virginia’s rainy day fund deposit rule as “a strong feature of its Aaa rating” that “will help to prepare [the state] for future downturns.”

The way in which lawmakers use their savings can also affect a state’s credit rating. It is well known that the economy ebbs and flows, which can make budgeting more difficult for lawmakers as revenue rises and falls. Ratings analysts say states should align their reserves with the swings in their economies—making deposits during times of growth and withdrawing during emergencies or revenue downturns. Pew’s research found that a drawdown of a state’s rainy day fund in response to a revenue shortfall or other fiscal stress will usually not be regarded as a credit negative. However, not all withdrawals are viewed the same: The highest-rated states reinforce structural balance by using rainy day funds with caution and as only one part of a broader strategy to close budget gaps or meet other fiscal challenges. States that choose to rely too heavily on reserves or that fail to address underlying fiscal issues run the risk of creating structural budget gaps and receiving lower ratings.

Revenue collections, expenditure trends, and liquidity are among the most important considerations in a state’s credit rating. Additionally, well-designed fiscal management practices, such as rainy day fund policies and debt management practices, are also factors in the agencies’ evaluation of creditworthiness. Pew is researching how states assess the affordability of their long-term bonded debt and how they use this information to inform choices to issue new or manage existing debt. A forthcoming report on state debt affordability will detail findings from this 50-state research and offer recommendations for state decision-makers.

Policymakers should be aware that the fiscal management strategies that states employ to address financial stress, and to ensure that they meet their debt obligations, can affect credit ratings for better and worse. A state’s credit ratings can—over the long run—improve if its rainy day fund policies are structured to work with the economy and if debt affordability studies regularly assess the state’s borrowing practices.

This article first appeared in the March/April 2017 issue of Capitol Ideas magazine.

Robert Zahradnik is a director with the states’ fiscal health project at The Pew Charitable Trusts.