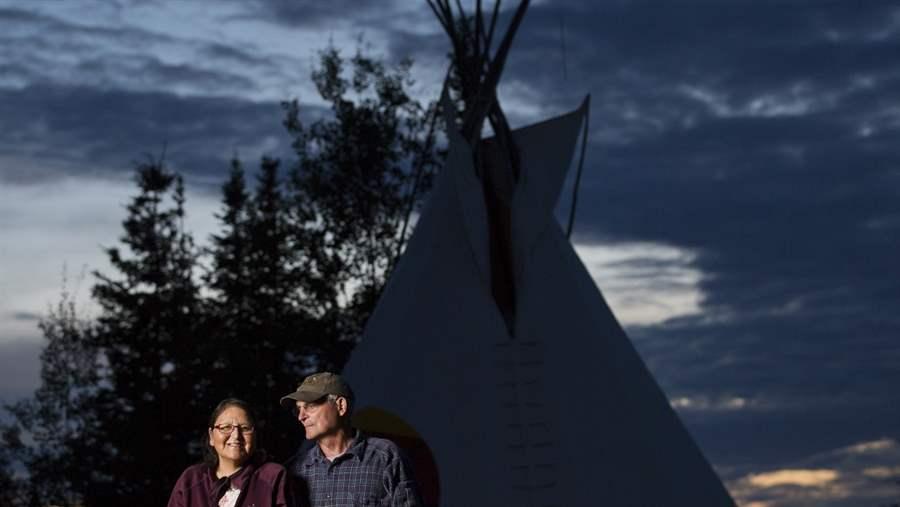 This piece was previously published in The Huffington Post.

What makes a place so special that it is deemed to be of “outstanding universal value” to all of humanity?

That is the question that UNESCO faces each year as it seeks to identify properties around the globe worthy of being inscribed on its World Heritage List.

This year the matter has been high on the minds of the Anishinaabe people of Pimachiowin Aki, in the Canadian provinces of Manitoba and Ontario, who had hoped their boreal forest homeland would be listed as a World Heritage site.

More than a decade ago, several Indigenous First Nations united to seek recognition of Pimachiowin Aki as a place of universal value for both its natural and cultural significance. The 8.25 million-acre (3.34 million-hectare) region contains the largest protected section of Canada’s boreal shield, includes more than 5,600 freshwater lakes, and provides abundant habitat for over 40 species of mammals and 220 species of birds. It also harbors ancient hunting and cooking tools, campsites that have been used for thousands of years, centuries-old traplines that are still maintained, and pictographs.

UNESCO rarely recognizes one site for both natural and cultural value: Of its 1,031 listings, only 35—including the Incan ruins of Machu Picchu, Peru—have such a “mixed” designation. To earn World Heritage listing, for either single or dual value, sites must meet strict criteria and undergo years of evaluation by the U.N. agency.

The forest and waterways of Pimachiowin Aki are intact today because the Anishinaabe people have carefully stewarded the area for more than 6,000 years, following their cultural tradition of “keeping the land.” They still practice many of their ancient traditions in Pimachiowin Aki, part of the unbroken chain of Indigenous peoples’ life on the land.

Those qualities prompted UNESCO’s two advisory bodies, the International Union for Conservation of Nature (IUCN) and the International Council on Monuments and Sites, to recommend in May that Pimachiowin Aki be approved for inscription on the World Heritage List as a mixed site.

The council, in its evaluation, reported that the First Nations communities had succeeded in demonstrating the “symbiotic relationship” between the people and the land. Those communities “maintain their strong spiritual interactions with the natural landscape through … legendary beings and spirits who are seen to control the natural world,” the council found.

The IUCN, for its part, noted that Pimachiowin Aki “has been a catalyst for a renewed and growing joint approach to the links between nature and culture” in the World Heritage site process.

Most of the proposed area has already been permanently protected from industrial development, in large part because of the work of Indigenous communities committed to keeping their traditional territories pristine. But securing an added designation from UNESCO would highlight the global significance of the broader boreal forest region, which in Canada stretches across 1.2 billion intact acres (485 million hectares) from the Yukon to Newfoundland and Labrador, and would recognize the vital role the Anishinaabe people have played in protecting this land while also drawing their sustenance from it.

The listing, said William Young of Bloodvein First Nation, “can help protect the boreal forest and our culture.”

Unfortunately, Pimachiowin Aki’s World Heritage nomination has been delayed, after one of the Indigenous communities behind the bid withdrew its support at the eleventh hour. Canada asked that a final decision be postponed, and UNESCO has agreed to do so for up to three years to allow the four remaining First Nation backers of the project to resubmit a proposal.

Even with the setback, international support for Pimachiowin Aki’s inscription remains strong. At the Word Heritage Committee meetings in July, UNESCO declared Pimachiowin Aki “a landmark” nomination. UNESCO applauded the commitment of the Indigenous communities and said the proposal “demonstrates how the indissoluble bonds that can exist between culture and nature might be recognized on the World Heritage List.”

Several countries expressed their support for the project and lamented that the inscription had been delayed. They recognized, however, that Canada’s decision to postpone inscription was in itself a demonstration of Canada’s commitment to getting things right and “a good example that other state parties can learn from.” UNESCO and these nations offered their assistance in the project, saying, “We look keenly forward to the inscription of this property.”

If Pimachiowin Aki is added to the World Heritage List, it would be a triumph not only for the Anishinaabe sponsors but for Indigenous peoples around the world. That’s because the nomination provides evidence of how Anishinaabe cultural values, traditions, and history are inseparable from the natural values of the land. The work on Pimachiowin Aki will help other Indigenous communities around the world that seek their own recognition on the World Heritage List.

She and her husband, Ray, have been among those working tirelessly to protect their home and to share with the world why indigenously managed landscapes such as Pimachiowin Aki have what UNESCO calls outstanding universal value.

“When I talk about ‘keeping the land,’ we're doing that for the purpose of the whole world,” Sophia Rabliauskas says. “Our intention is always to share, because by protecting the trees, we help protect the planet.”

Through their work to preserve their culture and the landscapes of Pimachiowin Aki, the Indigenous peoples of the boreal have shown the outstanding universal value of both. The Pew Charitable Trusts continue to support the Indigenous communities in their efforts to have their homeland recognized by the World Heritage Committee and are hopeful the nomination will ultimately succeed.