With revenue on the upswing, now is the time for states to set money aside to cope with the next downturn. But they also should take steps to dampen revenue volatility.

State lawmakers across the country are gaveling open their 2014 legislative sessions, and their top priority is how much to spend, cut, save, and tax. These are perennial questions, but the answers vary from year to year as the economy changes. California is a good example of change. Its lawmakers are facing their latest fiscal challenge, and it's an unexpected one: a budget surplus. The story was quite different a few years ago. Staggering deficits between 2008 and 2012 prompted California legislators to slash spending and raise taxes. But state officials now project three straight years of budget surpluses that together could total $6 billion by June 2015.

In the wake of the Great Recession, fiscal managers in nearly every state had to cope with declining revenue and growing demand for services. But California offers a vivid illustration of how quickly state tax revenue can go from deficit to surplus—and the reverse. Recent evidence suggests that fluctuations in state revenue have intensified over the past decade, with alterations in state economies and tax systems driving this volatility.

Although tax cuts and boosting spending on programs will always be on the table when there are surpluses, policymakers should also prepare for future economic shifts by implementing policies that decrease revenue volatility. And now, with budgets moving into the black, is exactly the time to do that.

In California, revenue is particularly uneven because the state relies heavily on income from capital gains. Oregon's problem is different: no sales tax. Consequently, when individual and corporate tax revenue falls in a recessionary economy, the state has little choice but to pursue difficult and unpopular solutions, including raising taxes, cutting the budget, or both.

Now, with the national economy improving and the unemployment rate falling, most state revenue is starting to grow again. And as surpluses begin to appear, debates about how to use them are intensifying.  While California Governor Jerry Brown is adamant that the state set aside a substantial portion of its projected surpluses in its rainy day fund, some lawmakers and interest groups want more of the spare cash to be used to help restore spending cuts made during the recession. The same debate is playing out in other states. New York Governor Andrew Cuomo and Florida Governor Rick Scott say they want to use much of their states' projected surpluses to cut taxes.  Not surprisingly, some lawmakers in those states have different plans for the increased revenue.

Certainly one effective response to surpluses is to set aside some of the excess revenue in a reserve fund that lawmakers can tap during the next downturn. Although 46 states have some type of rainy day fund, most of those funds could benefit substantially from policies designed to mitigate revenue volatility.

Some states tie deposits for their rainy day fund to a specific, highly volatile revenue source, such as the severance tax in Texas—a tax on the removal of nonrenewable natural resources that is paid by producers—or the capital gains tax in Massachusetts. Massachusetts now puts surplus capital gains revenue over $1 billion into its rainy day fund. After making this change, the state more than doubled its fund, to $1.7 billion, between fiscal years 2010 and 2012.

Several states, on the other hand, adjust the maximum size of their reserve funds to match past revenue volatility. Virginia compares current-year tax collections to historical trends. When revenue growth is unusually robust, lawmakers must place a larger portion of the surplus in reserves. Arizona, Indiana, Massachusetts, Michigan, and Texas impose similar conditions on the use of a surplus. These states recognize the importance of countercyclical budget policies that increase savings during periods of revenue growth to have this money available when tax collections are weakest.

Revenue volatility in a state often follows a pattern. Lawmakers and fiscal managers must understand it so they can anticipate when budget reserves will need to be tapped. Utah, for example, mandates a formal study of revenue volatility every three years. This examination provides the data necessary to manage revenue and adjust the size of the state's rainy day fund. Studies like this are an acknowledgment that although revenue volatility cannot be prevented, proven planning methods exist to ensure that state budgeting is stable, predictable, and flexible in service to taxpayers.

Susan Urahn is an executive vice president of The Pew Charitable Trusts. 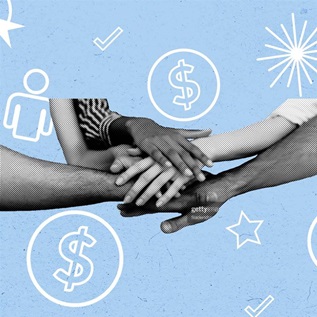