An evaluation of Pew’s pre-kindergarten initiative

New research on child development fueled the movement for pre-kindergarten education in the 1990s by emphasizing the importance of early learning and the untapped capacity of young minds. In 2001, Pew developed a seven- to 10-year plan to seek approval of policies for universal, high-quality early education in four to six states as well as increased federal funding to support it.

Pew’s strategy was to develop and disseminate compelling research and to advocate for policy changes at the national level and within selected states. This work eventually became known as Pew’s early education initiative. By its conclusion in December 2011, Pew had worked in more than 30 states and the District of Columbia and committed more than $104 million—one of the institution’s largest investments over the past decade.

Pew recently evaluated the effectiveness of the project and identified lessons that could guide other work. The planning and evaluation team recruited two independent experts who performed the following tasks:

The evaluation found that Pew's investment was decisive in expanding pre-kindergarten education over the decade. Four states where Pew provided substantial financial support to local advocates—Illinois, Iowa, New Mexico, and Vermont—and the District of Columbia established policies on universal pre-kindergarten. Moreover, in these jurisdictions and the 17 other states where Pew made substantial investments, enrollments grew and program quality increased.

In the decade before Pew entered the early education field, the number of states that funded pre-kindergarten programs grew from 22 in 1991 to 37 in 2001. But most had some type of eligibility criteria beyond age—such as limiting enrollment to children with disabilities or low incomes— and many programs were relatively small. In 2001, only four states had policies that established universal early education programs.

Pew made substantial investments in advocacy—at least $200,000 over multiple years—in 21 states and the District of Columbia from 2002 through 2011. By that final year, eight more states and the District of Columbia had adopted policies promoting universal pre-kindergarten. In the five jurisdictions where Pew provided the substantial financial support, the evaluators determined that support was decisive in winning policies to establish pre-kindergarten programs that would be available to children regardless of income or other eligibility criteria.

Pew-sponsored research identified 10 program characteristics associated with improving children’s learning. It found that in 2001, the average number of these positive characteristics across all states with pre-kindergarten was 5.2. By 2010, that average had increased to 7.7. The pattern held in states where Pew supported advocacy and also where it did not.

Pew was unable to win a new federal funding stream for universal state early education programs, however. During the decade of the institution’s work, there was federal inaction on broader education policy, and concern from some advocates that the new early education funding could jeopardize resources for other programs.

The evaluation had several other notable findings. It said Pew’s support for state-level advocacy was vital, supplying research data, encouraging coalition building, helping with communication, connecting advocates across states, and providing national visibility. The evaluation looked at the objectives of advocates in 12 states where Pew made substantial investments and found that eight of the 12 met their goals, and three others partially did.

The focus on a single, clear policy goal was particularly important for the early education strategy, the evaluation found. This is a trademark of some of Pew’s most successful advocacy efforts: distilling an initiative’s focus into direct and easily conveyed language. Also essential to the success of the program was the use of research as a foundation for action, in particular “The State of Preschool Yearbook,” an annual report prepared by the National Institute for Early Education Research with Pew’s support. The yearbook presented state-by-state data on pre-kindergarten—the first of its kind in the field—and was a crucial resource for advocates and state policymakers.

Regrettably, the expansion of pre-kindergarten programs stalled with the Great Recession of 2007-09. Many states were able to prevent large cuts to their programs, but most did not increase funding. Inflation-adjusted expenditures per child decreased over this period.

Pew’s strategy became a model for other state-level advocates, the evaluation found. As a consequence, the early education initiative and some national partners supported advocates in state-level campaigns similar to Pew’s approach. The focus on a single policy goal—driven by solid evidence that was packaged effectively and conveyed through a wide range of communication channels—provided a road map for progress. A Tennessee advocate noted that Pew’s strategy “was awesome—we modeled our work right after them.”

Lester W. Baxter is a senior director in Pew’s planning and evaluation department. He can be reached at [email protected] 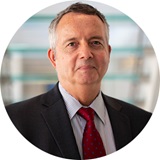