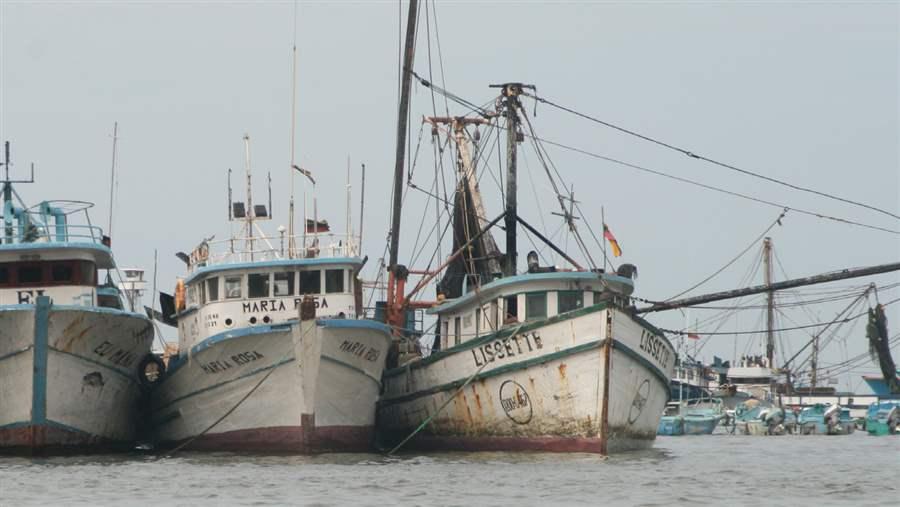 Harvest strategies, also called management procedures, represent the latest generation of science-based approaches to effective fisheries management. When properly developed, these full-cycle strategies start with precise management objectives and include monitoring of the stock after implementation so managers and stakeholders have a clear sense of the best path forward for the fish and the fishery.

Harvest control rules (HCRs) are the operational component of a harvest strategy, essentially pre-agreed guidelines that determine how much fishing can take place, based on indicators of the targeted stock’s status. These indicators can be based on either monitoring data or models.

For empirical harvest control rules, the indicators come from one or more direct measures of stock status, such as an abundance survey or calculations of how much effort it takes to fish, known as the catch per unit effort (CPUE) index. For model-based HCRs, an abundance level estimated by a stock assessment model is typically the indicator.

HCRs range from basic, constant catch strategies—under which catch levels do not change—to complicated, multistep rules that set allowable catch based on triggers. Often the first management action in an HCR is prompted when the population size of a fish species reaches a target reference point. In other designs, no action would be taken until the fishery reaches what is called a threshold reference point or a trigger reference point. That level may be above or below the target and serves as the trigger for action based on the fishery’s management objectives.

There are four main types of HCRs: constant rule, threshold rule, step rule, and sliding rule. Management actions to regulate fishing can be based on catch, effort (e.g., number of fishing days), or fishing mortality rate (F). HCRs can also require modifications to other controls, such as the length or scale of time-area closures or size limits. 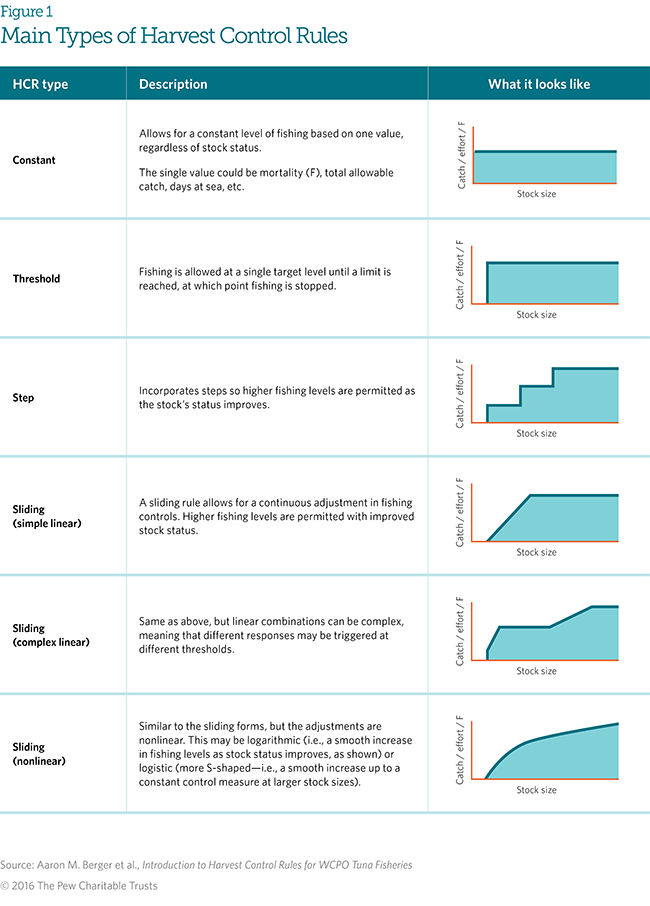 Currently, regional fisheries management organizations (RFMOs) that manage tuna fishing focus primarily on sliding and step rules as they develop HCRs. One tuna RFMO study compared the effectiveness of constant and sliding rules and found the latter to be more precautionary on average, generally resulting in greater abundance and only slightly lower annual catches.1 When looking specifically at the different sliding rules, versions that allowed higher catch levels in the “healthy” state typically required more stringent management intervention once reference points were reached. That tradeoff resulted in greater variability in catch or effort from year to year. 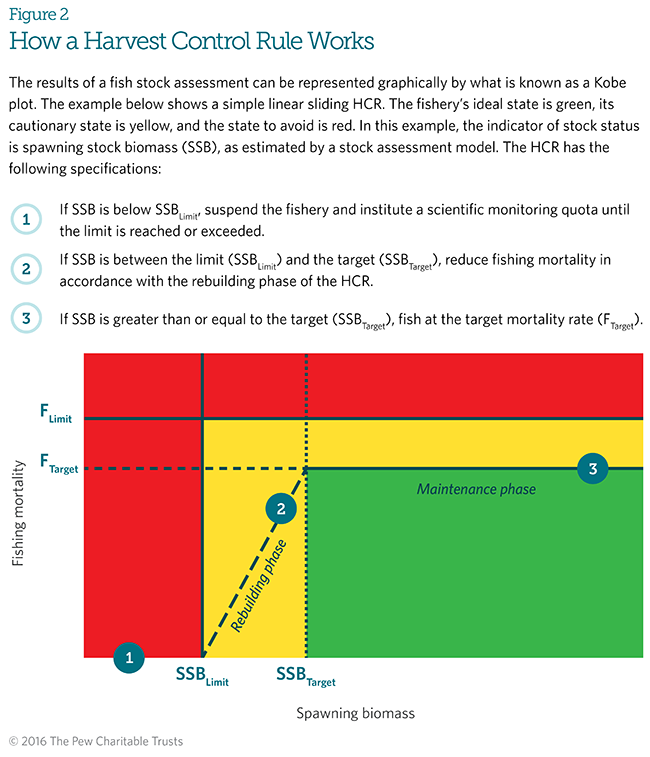 Once managers define potential HCRs, the so-called management strategy evaluation (MSE) process can be used to determine which approaches would best meet the pre-defined objectives for a fishery. In particular, the MSE can test the rule’s ability to perform over a range of uncertainties, increasing the likelihood that it will achieve its intended goals in the face of the inevitable unknowns in fisheries. For these reasons, all five of the tuna RFMOs have developed, or are developing, harvest control rules for the stocks under their purview.