Philadelphia has enjoyed relatively strong job growth in recent years after a long period of losses, some resulting from the Great Recession. But an analysis of census data finds that the job gains among city residents employed in Philadelphia have been concentrated in lower-paying sectors of the economy—and in lower-paying jobs within those sectors.

As a result, wages for Philadelphians working in the city, when controlled for inflation, declined slightly from the 2005-09 period to 2013-17, according to the most recent data available. The analysis by The Pew Charitable Trusts shows that wages for nonresidents working in the city have held steady, reflecting a more even distribution of job gains across the wage spectrum.

These two developments have combined to slightly widen the wage gap between resident and nonresident workers. Among individuals working in Philadelphia, city residents earned a median of $31,566 a year in the 2013-17 period, about 55 percent of the nonresident median of $57,914. For 2005-09, the corresponding figure was 58 percent.

Roughly 57,000 more civilian workers age 16 or older were employed in Philadelphia in 2017 than in 2009, bringing the total to about 753,000, according to public use microdata from the U.S. Census Bureau’s American Community Survey five-year estimates for the periods ending in those years (referred to here by their end years). Sixty-five percent of these new workers were Philadelphians and 35 percent were nonresidents, about the same as in the total workforce.

From 2009 to 2017, median wages for Philadelphians working in the city fell 5 percent, adjusted for inflation, while the nonresident median was virtually unchanged. One reason for the decline in Philadelphians’ wages was that their job gains were heavily concentrated at the lower end of the wage spectrum—and, to a lesser degree, at the top.  The total number of jobs for residents declined in the middle, particularly those earning $35,000 to $49,999. Among suburbanites, job gains were spread more evenly. (See Figure 1.)

This was in keeping with a regionwide decline in the number of workers earning $35,000 to $49,999 over this period, a loss offset by gains at the high and low ends. Nationally as well, employment gains have been concentrated at the ends of the wage spectrum.

In Philadelphia’s case, these shifts can be explained in part by the changing profile of the local economy. From 2009 to 2017, employment gains were generally highest in sectors paying near or below the median worker wage of $40,000. Figure 2 shows job change by sector, ranked by median wage. The largest gains were in health care and social assistance (median wage of $39,984), accommodation and food services, and retail trade ($21,550).

Employment of Philadelphians generally grew the most in sectors paying near or below the median wage. The number of jobs in higher-paying sectors either grew modestly or declined.

Looking at occupations rather than economic sectors reveals a similar trend: Many of those that grew the fastest were low-paying, especially those held by city residents. All but two of the 10 fastest-growing jobs held by Philadelphians paid less than $40,000, and they accounted for 76 percent of their job growth. (See Table 1.) In fact, the two fastest-growing jobs for residents—personal care aides and nursing, psychiatric, and home health aides—were among the lowest-paying. Among suburban commuters, the most rapidly increasing jobs were much more likely to pay above the local median.

Among residents, these jobs tended not to require a four-year college degree, while the reverse was true for nonresidents. This reflects the overall educational-attainment gap between these two groups: 54 percent of suburban commuters had a bachelor’s degree or above, compared with 35 percent of resident workers.

The Fastest-Growing Occupations in Philadelphia, 2009-17

Note: Median wages and educational attainment are of all people working in that occupation in Philadelphia, regardless of where they live.

The continuing gap between resident workers and commuters

The substantial wage gap between residents working in Philadelphia and those commuting from the suburbs existed before this period of job growth and continues today.  In 2017, the median wage for residents was 55 percent of the median wage among commuters. That’s slightly smaller than in 2009, when city residents made 58 percent of what suburbanites did.

These sectors include accommodation and food services; retail trade; administrative and support and waste management services; and arts, entertainment, and recreation. Sectors that employ smaller percentages of city residents were among the highest-paid: finance and insurance; professional, scientific, and technical services; and information and communications. (See Figure 4).

The results were similar at the occupation level. Jobs employing a higher percentage of Philadelphians were generally lower-paying. Table 2 lists the 10 most common occupations for Philadelphians and nonresidents as of 2017. The differences are stark: Low-paying occupations requiring less education predominate for city dwellers, while positions demanding at least a four-year degree prevail among suburbanites.

The Most Common Occupations in Philadelphia, 2017

Note: Median wages and educational attainment are for all people working in that occupation in Philadelphia, regardless of where they live.

Within sectors, Philadelphians and non-Philadelphians tend to have different jobs, and that has important consequences for wages. Table 3 shows the breakdown in the largest and fastest-growing sector of the local economy, health care and social assistance. Of all jobs in the sector, Philadelphians are most heavily concentrated in the lowest-paying ones. (See Table 3).

The Top Health Care and Social Assistance Jobs in Philadelphia

Note: Median wages are of all people working in the health care and social assistance sector and in individual occupations in Philadelphia, regardless of where they live. Occupations are limited to those with at least 1,000 workers in the sector.

Although residents and nonresidents have benefited from Philadelphia’s recent job growth, these changes have not altered the wage disparity between the two groups. The slight increase in that gap from 2009 to 2017 reflects the differences in both the sectors and jobs in which members of the two groups tend to work, as well as education levels. City residents are found disproportionately in low-skill and low-paying occupations, and suburbanites are more numerous in higher-skill and higher-paying positions.

Larry Eichel is a project director and Seth Budick is a researcher with The Pew Charitable Trusts' Philadelphia research initiative. 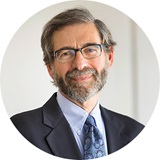 The potential economic impact of the COVID-19 pandemic on Philadelphia is only just beginning to take shape. Locally, some sectors are being hit harder than others—and among them are several in which the jobs of city residents are concentrated.

The Cost of Commuting for Philadelphians

Public transit plays a vital role in Philadelphia. Each weekday, riders take roughly 819,000 trips on the buses, trolleys, and rail lines operated by the Southeastern Pennsylvania Transportation Authority’s (SEPTA’s) City Transit Division. And 24 percent of Philadelphia residents use public transit to get to work, the third-highest percentage among the 10 U.S. cities with a population greater than 1 million, according to census figures.