All that changed in 2010. Right whale deaths—most of which are caused by humans—increased significantly, with entanglement in fishing gear accounting for 85 percent of deaths with known causes between 2010 and 2015. Today the North Atlantic right whale is the most endangered whale in U.S. Atlantic waters, and entanglement remains the biggest threat to the species’ survival. Most of that entanglement occurs in the ropes that run between surface buoys and lobster and crab traps on the seafloor.

With a right whale population estimated at only 411, scientists calculate that even one death a year is too many for the population to recover. Unfortunately, experts recorded 17 deaths of right whales in 2017 alone. But scientists also have concluded that the species can recover if human-caused deaths are reduced.

This week, the Atlantic Large Whale Take Reduction Team, an advisory body of experts convened under the Marine Mammal Protection Act, is meeting in Providence, Rhode Island, to discuss what the National Oceanic and Atmospheric Administration (NOAA) should do to reduce right whale deaths. Many North Atlantic right whales are heading into Canadian waters for the summer, but they will be back in U.S. territory in the fall and winter. It’s up to NOAA, which has the legal responsibility to protect the species, to enact effective measures this year to reduce whales’ entanglement in fishing gear. Existing rules haven’t sufficiently reduced serious injuries and deaths of right whales, prompting disagreement among representatives from industry, government, and the conservation community over how to update protections for the species. But the situation has grown critical, and the time for debates and delay is over.

Since 2000, the lobster catch in the U.S. has increased dramatically, driven by a rapid increase in fishing in deeper waters, farther from shore, according to NOAA data.

As we wrote last month, offshore lobster fishing is a far more industrial endeavor than its nearshore counterpart. Offshore lobster pots are bigger, set in deeper water, and have stronger ropes than those used closer to land. Setting and retrieving offshore gear requires vessels that are often at least twice the size of the small lobster dayboats that work closer to shore. Reducing the threat of entanglement from the offshore lobster industry is where new rules must focus.

What measures could work to save right whales? One of the more obvious options is to close certain areas to lobster gear when right whales are present, thus eliminating the risk of whale entanglement.

Another option offers more flexibility: prohibiting the use of standard traps with vertical lines in specific areas, while allowing—in those areas and elsewhere—new ropeless trap retrieval systems, which fishermen retrieve through a remotely activated beacon on board their boats. Different versions of this technology exist, including one that signals an inflatable bag to bring the trap to the surface, and another that releases a buoy on the end of a coil of rope that is attached to the trap. NOAA Fisheries’ Assistant Administrator Chris Oliver recently cited ropeless gear as an option during his testimony on right whales in front of the House Committee on Natural Resources, a strong signal that the agency is interested in this potentially promising option. And a bipartisan bill pending in Congress, the SAVE Right Whales Act (H.R. 1568), would provide funding for ropeless gear trials and other right whale research and conservation innovations.

Congressional action is imperative, but so is a swift commitment from fishery managers. Even if the Atlantic Large Whale Take Reduction Team fails to reach consensus or offers weak recommendations with poor odds of sufficiently reducing entanglement, NOAA still must create and implement effective rules. The agency’s rules for right whales already have a good track record: a decade ago, the agency implemented new shipping lanes and vessel speed limits in places and times where right whales were present, significantly reducing deaths from ship collisions.

While reducing entanglement is ultimately NOAA’s responsibility, creating new rules should not fall to the agency alone. It is our hope that members of the Atlantic Large Whale Take Reduction Team have the courage and integrity to recommend strong measures to protect right whales.

Peter Baker is a project director and Katharine Deuel is an officer with The Pew Charitable Trusts’ campaign to protect the Atlantic Ocean marine life off the U.S. and Canada. 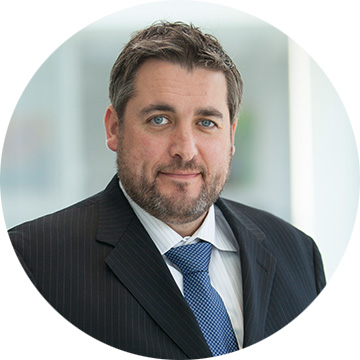 "Bycatch" refers to all the fish and other marine creatures incidentally caught or killed by fishing gear. In commercial fishing, this happens on a huge scale: Nets and fishing lines often stretch for miles, indiscriminately snaring all manner of life&mdash;including whales, porpoises, sea turtles, and even birds.