Note: The map was updated to reflect the full protections around remote coral reefs that were implemented through three decrees passed on Aug. 14, 2018, by the New Caledonian government.

New Caledonia is home to a rich array of wildlife, including 2.5 million seabirds and over 9,300 marine species, many of which thrive in and around remote coral reefs off the island nation’s coast. Those areas include some of the world’s healthiest and most isolated reefs: Astrolabe, Pétrie, Chesterfield, Bellona, and Entrecasteaux, which is also a UNESCO World Heritage site.

Today the New Caledonian government took a critical step toward protecting those places and the species that live there by passing a decree to safeguard 28,000 square kilometers of its waters within four marine protected areas (MPAs).

The MPAs fall within the 1.3 million-square kilometer Coral Sea Natural Park, which was established in 2014 and covers the country’s entire exclusive economic zone (EEZ). To develop a conservation plan for the park, the government convened a management committee, which proposed the protections that the government approved today. The committee includes New Caledonian President Philippe Germain and representatives from the New Caledonia Board of Maritime Affairs, the country’s fishing industry, and nongovernmental organizations such as the Pew Bertarelli Ocean Legacy Project, Conservation International, and WWF.

This decree, which takes effect later this month, will implement full protections for Astrolabe, Pétrie, Chesterfield, Bellona, and Entrecasteaux reefs and marks a tenfold increase in protected areas within the Coral Sea Natural Park. This covers over 2 percent of the country’s EEZ and its dazzling biodiversity, and represents progress towards, meeting the International Union for Conservation of Nature’s recommendation that all nations safeguard at least 30 percent of their EEZs.

It is promising that the government has indicated a strong desire to develop a conservation model worthy of implementing elsewhere in the Pacific and elevating New Caledonia as a global leader in ocean protection. If the country’s leaders can deliver on that commitment and implement strong protections for large parts of the EEZ, the Coral Sea Natural Park will foster healthy marine ecosystems and sustainable tourism, and help preserve the waters of New Caledonia for generations to come. 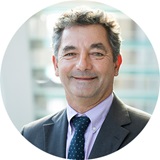 Following the ‘Year of the Whale,’ locals from Oceania and New Caledonia call for the protection of the Coral Sea Natural Park .