The San Francisco Bay and its 59,000 acres of tidally influenced wetlands comprise the largest estuary on the U.S. West Coast and offer the region’s more than 7 million residents many benefits. These include providing habitat for thousands of birds and recreationally and commercially important fish, such as salmon and Pacific herring; protecting the coastline from floods; and helping to maintain a clean, plentiful water supply. And now, a study commissioned by The Pew Charitable Trusts and conducted by Silvestrum Climate Associates highlights another significant benefit of the San Francisco Bay: slowing climate change.

The research calculated how much carbon dioxide the bay’s tidal wetlands captured from the atmosphere and stored—a process known as “blue carbon”—between 1990 and 2020. Over those three decades, the bay wetlands represented a “net carbon sink,” meaning they sequestered more carbon than they released. The report also documented a steady increase in total sequestration over the years: 31% more carbon dioxide equivalent was captured in 2020 than in 1990, which followed significant coastal wetland restoration investments by local, state, and federal government and nonprofit organizations during the previous two decades.

Although past land use practices such as diking and draining the bay’s coastal habitats mean that its wetlands still are a fraction of the size that they once were, they remain a vital resource for the region, state, and nation. So much so, in fact, that in 2013, the Ramsar Convention on Wetlands—an intergovernmental treaty dedicated to wetlands conservation and named for the Iranian city where it was signed—designated the bay estuary as a “Wetland of International Importance.”

Now, this new study shows that continued regulatory protections and restoration investments can not only help maintain the bay’s many benefits, but also expand them, and it offers a persuasive case study for other states considering how coastal wetland conservation and expansion could support their climate change response and resilience strategies. 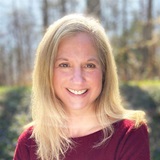