Many states place annual limits—or caps—on the cost of the economic development tax incentives they offer to encourage businesses to relocate or expand within their borders. Research by The Pew Charitable Trusts shows that caps are among the most effective tools for governments to guarantee that these incentives do not cost more than expected or intended.

Pew has worked with states since 2012 to ensure that their incentives are effective, accountable, and fiscally sound. Well-designed caps serve those objectives. Below, we describe what caps are, how they work, and how states can use them to protect a state’s budget, while serving the needs of the businesses the programs are intended to aid.

Q. Why are fiscal protections for incentives important?

A. By reducing the tax revenue that states collect, economic development tax incentives—such as credits and deductions—affect these governments’ ability to balance their budgets. In some cases, the revenue reductions are reasonably predictable, but if more companies qualify for the programs than anticipated or if they qualify for unexpectedly large incentives, states can be caught off guard. Incentives have caused short-term budget challenges by spiking by tens of millions of dollars from year to year or longer-term difficulties by increasing over time beyond states’ means.

These scenarios have played out nationwide in states such as Hawaii, Louisiana, Ohio, Oklahoma, Oregon, Michigan, New Mexico, New York, Virginia, and Wisconsin. As a result, lawmakers have been forced to make difficult choices between raising taxes and cutting spending elsewhere. Caps are one way to avoid these situations.

A. A cap is an annual limit on a state’s costs or commitments from an incentive program. Some jurisdictions place limits on the amount of incentives that individual companies can receive, but to offer the greatest protection, these caps generally must apply to entire programs—a film tax credit cap, for instance, would limit the credits that all film productions could receive, not just any single production.

Q. What exactly do states limit when they use caps?

A. The specific limits vary. Some caps apply to incentive “authorizations.” Under these programs, companies initially apply to a state agency to be part of the program. If approved, the state typically enters into a performance agreement with the company—if the business creates the required number of jobs, for instance, the state promises to provide a predetermined amount of tax incentives.

In other instances, governments use caps later in the process, for instance by limiting the amount of incentives companies can use—or “redeem”—to reduce their taxes.

However, not every incentive program includes discrete authorization and redemption steps. Some states also cap “issuances”—when businesses that have met performance requirements are provided with incentives but allowed to redeem them later. Policymakers need to consider the mechanics of their state’s specific programs to determine the best approach.

Q. How do state officials make sure programs stay within their caps?

A. States generally follow two models: they either award incentives using a competitive process or on a first-come, first-served basis. Under the competitive model, officials or appointed boards assess applications and offer incentives to those businesses they view as most promising, based on criteria such as their expected economic impact. These competitive processes usually apply to incentive authorizations. As a result, businesses that have their applications approved can move forward with expansion plans knowing they will qualify to receive the incentive dollars if they meet their commitments.

With the first-come, first-served approach, a state simply offers incentives to all qualifying applicants until the annual cap is reached. Often, businesses that apply after the money runs out can start at the front of the line the following year. The first-come, first-served model can be used for caps on authorizations, issuances, and redemptions.

To decide which approach makes sense for a specific incentive program, policymakers need to judge how they can get the best economic results, in addition to thinking about protecting the budget. For example, using a competitive process may help direct incentives to businesses that offer a stronger return on investment, but only if the state can make sound, impartial decisions about which companies to choose.

Q. How can states apply caps systematically to their incentives?

A. While states usually place caps on individual tax incentive programs, in rare instances they create caps that apply to multiple programs. Aggregating the caps can bring several advantages.

For one, these broader caps represent a budget for economic development incentives. They offer policymakers a straightforward way to adjust the amount of money dedicated to incentives, much like lawmakers routinely increase or decrease spending on other priorities such as education or corrections. For example, Iowa’s aggregate cap applies to many state tax incentives. The legislature lowered the cap for 2011 when the state faced budget challenges, then raised it in 2013 after the situation had improved.

Aggregate caps also offer a way to limit the costs of certain hard-to-cap programs. For example, California in 2013 created a sales tax exemption for equipment purchased by manufacturers and research and development firms, intending to provide the exemption for qualifying purchases by all eligible companies. Given that policymakers wanted the program to be broadly available, creating a cap only on the exemption would have been challenging. California’s solution was an aggregate cap. Before the fiscal year begins each July 1, state officials estimate the cost of the sales tax exemption and two other incentives. If the cost of the three programs is expected to exceed the $750 million limit, the dollars available for authorizations under one of the other programs is automatically reduced.

Q. How do states adjust their caps over time?

A. Lawmakers always have the power to raise or lower caps for upcoming years via changes to state law. Some states make these adjustments routinely. For example, Maryland’s legislature set caps for a range of incentives by law through the annual budget process, including programs that benefit film production, historic building rehabilitation, cybersecurity firms, and biotech investment.

In a few cases, states also allow for flexibility within the current year. For instance, Iowa’s Economic Development Authority can exceed its aggregate cap by up to 20 percent in any year—but those dollars then count against the next year’s cap. Strategies like Iowa’s can ensure states do not miss out on promising economic development opportunities, while still placing meaningful limits on costs.

Q. Are caps a common practice?

A. Caps are very common. Most states cap at least some of their programs, but few use this protection consistently. By applying caps systematically, policymakers can ensure incentives do not cause unexpected strains on state budgets, while still achieving their economic development goals.

Josh Goodman is a senior officer and Shane Benz is an associate with The Pew Charitable Trusts’ state fiscal health initiative. 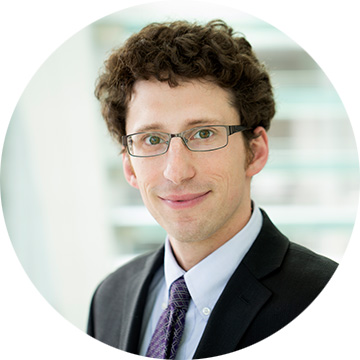