In September, California shortened the maximum probation sentences for most offenses. The legislation could cut the state’s probation population by as much as a third and save more than $2 billion over five years—money that the state could reinvest in mental health and drug treatment programs. Other states have implemented similar policies, and the benefits are evident: Shortening probation terms saves money, reduces probation officers’ caseloads, and helps agencies to prioritize resources for the highest-risk individuals.

A new report from The Pew Charitable Trusts shows that states and localities could reduce terms for many people on probation without compromising public safety. The research also suggests that the length of time that individuals spend on supervision is a key driver of the U.S. probation population, which tripled from 1980 to 2018—rising to more than 3.5 million, straining state and local agencies, and undermining the supervision system’s effectiveness.

The average length of probation in the U.S. and its impact on supervision populations had not previously been well documented. To address this gap, Pew analyzed U.S. Bureau of Justice Statistics data from 2000 and 2018, the National Conference of State Legislatures reviewed sentencing statutes in all 50 states, and external researchers examined data from Oregon and South Carolina from 2009 to 2014 to determine whether some people could have served shorter terms without affecting recidivism.

The findings join a growing body of research suggesting that because most re-offending happens early, often within the first year, long probation sentences do not provide significantly more public safety benefits than shorter ones. In fact, longer terms can lead to increases in technical revocations—sanctions for noncompliance with supervision rules that may result in a period of costly incarceration.

The Oregon and South Carolina analysis found that 9 in 10 people who were arrest-free for their first year on probation could have been released from supervision earlier without affecting recidivism. Shortening these individuals’ terms would have reduced the average daily population by about a third in South Carolina and 44% in Oregon.

Nationwide, the average probation term in 2018 was just under two years, but geography mattered: Average terms ranged from nine months in Kansas to nearly five years in Hawaii. The average total time spent on probation declined nationally by roughly 22 days, or about 3%, between 2000 and 2018, but it increased in 28 states, including 14 where average total time rose by more than a third. Across the 250,000 people who exited probation in those 14 states, that increase added up to almost 300,000 additional years spent under supervision in the aggregate. Further, most states that reduced terms also lowered their probation populations: Of the 22 states that cut average term lengths between 2000 and 2018, 15 experienced declines in the number of people on probation. Additionally, 74% of the states where probation populations grew also had increased average term lengths.

Finally, the statutory review found that legally allowable probation sentences differ substantially across states at both the misdemeanor and felony levels. About half the states have maximum probation limits of five or more years for felonies, but discretion in initial sentences and extensions can affect actual term lengths, sometimes prolonging them beyond the statutory maximum.

The report recommends that jurisdictions improve their probation systems by prioritizing resources for the period when a person is most likely to re-offend, typically the first 12 to 18 months; employing policies and practices shown to reduce recidivism, such as incentivizing compliance and the completion of effective programs; and terminating probation when further supervision will no longer deliver meaningful public safety benefits. The study also urges state and local jurisdictions to expand data collection and analysis to better understand their probation populations and address critical issues, particularly to examine whether disparities in supervision terms or outcomes exist across racial or ethnic groups. Although no currently available national data set captures probation length by race, prior research indicates that racial and ethnic disparities in revocations and other sanctions affect time on supervision. These approaches will enable agencies to promote public safety while making the best use of limited resources and improving long-term outcomes for people on supervision.

Jake Horowitz is a director and Tracy Velázquez is a research manager with Pew’s public safety performance project. 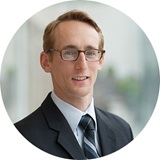 More than 3.5 million, or 1 in 72, adults were on probation in the United States at the end of 2018—the most recent year for which U.S. Bureau of Justice Statistics (BJS) data is available—more than triple the number in 1980. Nationwide, on any given day, more people are on probation than in prisons and jails and on parole combined.