Protein folding is critically important for all life, from microbes to man. Not unexpectedly, problems in protein folding are the root cause of many of the most devastating diseases, which represent a major challenge to public health worldwide, especially as our population continues to age. Referred to collectively as protein-misfolding disorders, these truly disastrous neurodegenerative diseases include Alzheimer’s, Parkinson’s, and ALS (Lou Gehrig’s disease). Understanding at a mechanistic level the cellular consequences of protein misfolding will help to suggest potential strategies for therapeutic intervention. We use the baker’s yeast Saccharomyces cerevisiae as a model system to study the cell biology underpinning protein-misfolding diseases. Since dealing with misfolded proteins is an ancient problem, we hypothesize that the mechanisms employed to cope with them are likely conserved from yeast to man. Our long-term goal is to identify the critical genes and cellular pathways affected by misfolded human disease proteins.

As an Innovation Fund investigator, Gitler and his lab are teaming up with the lab of Michael Rape, Ph.D., to combine their respective expertise in neuroscience and biochemistry to design therapies for the fatal motor neuron disease amyotrophic lateral sclerosis (ALS). Gitler’s work on misfolded proteins in neurological disorders and Rape’s extensive knowledge on the protein degradation process naturally complement one another. Research suggests that toxic buildup of an RNA-binding protein in the cytoplasm of neurons contributes to the development of ALS. This protein is particularly difficult to target because its natural form has essential functions in the nucleus. Gitler and Rape will screen for enzymes that can distinguish between the aggregated toxic form of the protein and its proper functional form. Subsequently, they will investigate ways to target the identified aggregates for destruction and halt the buildup of the toxic proteins, which could transform current approaches to treating this challenging disease. 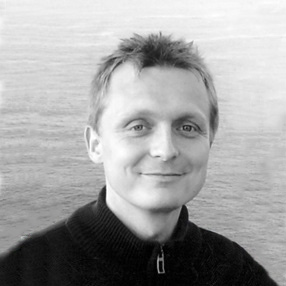 Submit an update to this directory entry for Aaron D. Gitler, Ph.D.