The National Park System is one of America’s greatest treasures, but it has become tarnished over the last century. Deteriorating historic buildings, crumbling roads, worn campgrounds, eroding trails, and outdated sewer and electrical systems have led to a backlog of repairs that will cost billions of dollars to fix.

Congress addressed this challenge last year, however, when it approved the Great American Outdoors (GAO) Act, which was signed into law in August 2020, directing up to $6.65 billion of non-taxpayer funds over five years to priority park repairs. The act, which passed Congress with overwhelming bipartisan support, also provides nearly $3 billion for maintenance needs at other land management agencies and the Bureau of Indian Education, and it permanently funds the Land and Water Conservation Fund. The landmark law is financed by mineral revenues, such as royalties, from energy development that occurs on federal land and waters. It represents the biggest congressional investment in the National Park Service (NPS), the 100-plus year agency that manages our parks, since World War II.

The NPS has been moving quickly to undertake repairs, using a detailed process to prioritize assets and restoration needs, undertaking planning, design and compliance work, and sharing specific project lists for fiscal year 2021 and fiscal year 2022 for congressional review and approval. Its list of fiscal 2021 park projects will cost approximately $1.3 billion. The GAO Act has jump-started significant work that includes replacing bridges and roads, restoring historic structures, and modernizing outdated and unsafe facilities. These projects protect visitor access and preserve pieces of history and, critically, will support jobs. The more than 300 million visitors to national parks in 2019 spent an estimated $21 billion in local gateway communities, supporting over 340,000 jobs.

The Pew Charitable Trusts is among many stakeholder groups that are closely monitoring and providing feedback on the rollout of GAO Act funds. On March 11, Pew sent a letter to NPS Acting Director Shawn Benge that provided a number of recommendations to ensure effective and efficient implementation of the act. Recommendations included choosing repair projects that are deemed to be “highest” and “high” priorities; considering a park unit’s plan and anticipated ability to sustain a project over time; providing for stakeholder engagement, transparency with the public, and frequent communication with key congressional committees; and creating opportunities for public-private collaboration and partnership with federal agencies, Friends groups, and service organizations to leverage GAO Act funding.

As the Great American Outdoors Act celebrates its first anniversary, it is achieving significant progress in making park sites safe and accessible for visitors for decades to come by working through the maintenance backlog within our National Park System.

Access to spectacular overnight camping spots will be upgraded

The Ohanapecosh campground is open from May until October and receives 100,000 visitors annually. This funding will improve campground facilities through grading camp sites, repairing fire grates and picnic tables, and converting facilities to meet Architectural Barriers Act Accessibility Standards for visitors with disabilities.

America’s historic structures will be rehabilitated

PROJECT: Rehabilitate the terreplein and the related levels above, repair the pedestal, and rehabilitate Main Immigration Building exterior components

Many people gaze at the Statue of Liberty, but some overlook its pedestal and foundation that help lift her up high over Upper New York Bay. New funding will help repair the statue’s base; money also will be used to make needed repairs to the Main Immigration Building on Ellis Island, where nearly 12 million immigrants were processed. This is where park visitors learn about the experience of entering America during the late 1800s and early 1900s.

This project will fix a portion of Going-to-the-Sun Road near Lake McDonald in the southwestern part of the park. The road is the main east-west avenue through the park and crosses the Continental Divide. In addition, a bridge spanning Upper McDonald Creek will be replaced with one that allows visitors to stroll across the riverway.

PROJECT: The project will reconstruct 7.6 miles of the George Washington Memorial Parkway between Spout Run and I-495 near Washington, D.C.

Twenty-six million visitors annually travel on this section of the George Washington Memorial Parkway. Among other amenities, this project will rehabilitate the north section of the parkway, preventing emergency sinkhole events and increasing driver and passenger safety on this stretch of road that is a designated evacuation route for the nation’s capital. 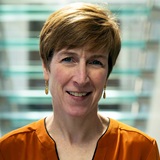 The National Park Service (NPS) is over 100 years old, and the infrastructure and facilities at the more than 400 sites it manages nationwide are aging. Add wear and tear from visitors and inconsistent annual funding, and the park service can’t keep pace with needed repairs. NPS’ maintenance backlog has grown to an estimated $13.1 billion, and more than half of that is for highest-priority assets.

America&rsquo;s national parks are more popular than ever, but they&rsquo;re facing serious challenges. Aging infrastructure and decades of underfunding have resulted in a backlog of maintenance repairs that is estimated at nearly $11.3 billion.