After more than a decade of waiting, Ohioans will finally see affordable small loans—thanks to the Fairness in Lending Act, the strong bipartisan reform measure recently passed by the Legislature.

The new law effective today is the most consequential and balanced payday loan reform enacted by any state. It achieves three fundamental goals: affordable payments, lower prices, and reasonable time to repay. When loans issued under previous law become illegal in April, it will enable credit to flow while transforming Ohio’s small loans into some of the safest and lowest-cost products available anywhere in the country. The law will protect consumers from the unaffordable payday loans that often led them into long-term cycles of debt, with 83 percent of the loans taken out within two weeks of a previous loan.

Borrowers are now expected to save more than $75 million per year, which can be reinvested in communities to strengthen local economies.

The reform honors the will of Ohio voters, who overwhelmingly supported a law passed in 2008 to rein in payday lending. But instead of getting licenses under that law, lenders registered as brokers, which enabled them to charge unlimited fees—leaving Ohio’s payday loan customers with far fewer protections, and paying much higher prices, than those in other states.

In the years leading up to the passage of the Fairness in Lending Act, six payday loan chains in Ohio controlled more than 90 percent of the market. Many consumers paid more in fees than they originally received in credit, and loans often took up more than a third of their paychecks.

The response began with last year’s H.B. 123, sponsored by state Representatives Kyle Koehler (R-Springfield) and Mike Ashford (D-Toledo)—who recognized that credit can be helpful so long as it is affordable. As the bill made its way through the legislature, lawmakers made adjustments to give lenders additional flexibility and revenue while maintaining strong consumer protections, and—buoyed by the support of veterans’ organizations, consumer advocates, civil rights groups, newspaper editorial boards, borrowers, local governments, clergy, and business leaders across the state—the final bill was passed by bipartisan majorities in the Senate on July 10 and the House of Representatives on July 24.

The Fairness in Lending Act balances the interests of borrowers and lenders to ensure widespread access to beneficial credit. Borrowers get at least three months to repay unless monthly payments are limited to 6 percent of the borrower’s gross monthly income. Lenders can charge up to 28 percent annual interest and a maximum monthly fee of 10 percent, capped at $30—meaning that a $400, three-month loan won’t cost more than $109. Before the law’s passage, the same loan would have cost a borrower more than three times that amount.

Borrowers are protected from long-term indebtedness by the law’s provisions limiting the total interest and fees to 60 percent of loan principal and requiring equal payments that reliably reduce the principal. And lenders now must get a license and follow all of the rules if they want to provide small loans in Ohio.

While some consumer advocates maintain that payday loans should be banned altogether and every store shut down, this fair-minded law won’t do that. Instead, it is likely that there will be some consolidation of inefficient stores, while some lower-cost lenders enter the market to create much-needed competition.

Ohio lawmakers on both sides of the aisle addressed the problems of payday loans using a rigorous, evidence-based approach. As a result, borrowers will continue to have access to credit at much lower prices, and struggling families in Ohio will get some financial breathing room. They’ll have more money to spend at the grocery store, more to meet their kids’ needs, and more to help ensure reliable transportation.

Other states grappling with payday loan problems would be wise to take a lesson from Ohio’s Fairness in Lending Act, which proves that reform that is fair to both lenders and borrowers is indeed possible.

This op-ed first appeared in The Columbus Dispatch on Monday, Oct. 29, 2018. It is shared here with the publication’s permission. 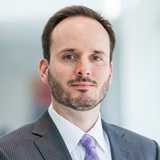