The Pew Charitable Trusts uses three retirement security metrics to assist policymakers in evaluating how well their plans are expected to prepare public workers for retirement. This fact sheet focuses on the replacement income ratio, a commonly cited indicator that illustrates whether a worker might expect to maintain his or her standard of living in retirement.1 This ratio—also referred to as the replacement rate—is the percentage of

a worker’s pre-retirement income that is paid out by a retirement plan.

Pew’s calculation compares a worker’s combined income from a state or city pension benefit, plus Social Security, with his or her pre-retirement take-home pay. About three-quarters of state and local employees participate in Social Security.2 Our research finds that most career workers in state retirement systems with Social Security coverage can expect full or close to full replacement income (a sum that matches their final take-home pay)  during retirement. While the level of resources that an individual needs in retirement will vary based on many factors, the replacement income ratio helps assess how well career workers—those who spend the majority of their work lives with the same employer—are set up for retirement. Other retirement metrics used by Pew offer better tools to measure retirement security for short- and medium-tenure workers.3

Pew’s four-step process for calculating replacement income is outlined below, using a sample plan with benefit provisions based on a typical public sector defined benefit (DB) plan whose members are covered by Social Security.4 Under a typical DB plan, lifetime benefits are determined based on a formula that takes into account the employee’s salary, years of service, and age. In addition, we summarize how the measure is applied for workers in hybrid plans that combine a reduced DB with an individual savings account. This design is the most common alternative to a DB and offered as the default or optional plan in 12 states.

To calculate take-home pay, we subtract from the final salary the employee’s contributions to Social Security, Medicare, and the state retirement system. We do not account for taxes on pre- versus post-retirement income because state-level tax policies vary and because the difference in tax exposure typically has an immaterial effect on the replacement rate calculation.5

Step 1: Calculate the replacement income ratio of the state-sponsored benefit provided at the time of retirement compared to final salary.

30 and the assumption that workers retire once reaching normal retirement eligibility, age 65 under the sample plan.6 The salary for the final year of employment is assumed to be $75,000, and the final average salary, which averages salaries for the last five years, is $70,756.7 We assume a benefit multiplier of 1.8%, the national average and within plus or minus 0.2 percentage points of the majority of DB plans that participate in Social Security.

The benefit formula calculates an annual benefit of $44,577, which, compared to the worker’s salary in the final year of employment, results in an employer-provided replacement ratio of 59%.

Or if the salary were averaged over a smaller number of years, the final average salary, and corresponding benefit, would be larger.

Step 2: Adjust for the impact of inflation throughout a worker’s retirement.

Most plans offer a post-retirement benefit increase or cost-of-living adjustment (COLA) to mitigate inflation in retirement, but the adjustments usually aren’t sufficient to completely offset it. The adjustments are typically either a fixed percentage increase or tied to the consumer price index (CPI) with a cap. In certain cases, these provisions also include a variable benefit component, which links the adjustment to plan investment returns or funding levels.

Pew uses plan mortality assumptions to estimate how many years an employee will spend in retirement and then uses inflation and COLA assumptions to calculate the average replacement ratio in those years.

This example assumes the sample career employee receives a 1% COLA in retirement (a percentage designed to capture the average level of benefit across states), assumes an inflation rate of 2.2%, and applies the RP-2014 white collar mortality table. Based on these assumptions, the COLA offsets slightly less than half of annual inflation. Accounting for inflation reduces the retirement benefit to $39,266 and the overall replacement income ratio to 52%.

Step 4: Analyze the benefit as a percentage of take-home pay.

The final adjustment to the replacement income metric is to measure the extent to which retirement benefits replace take-home pay rather than final salary. Comparing retirement income to a worker’s take-home pay, which is often substantially less than the actual salary, offers a better assessment of a retiree’s ability to maintain a pre-retirement standard of living.

Workers under the sample plan would have a benefit that fully replaces their final take-home pay in retirement. This is similar to what Pew finds for nearly all state and teacher DB plans that participate in Social Security, with more than 90% providing at least a 90% replacement income ratio.

Applying the replacement income ratio to a sample hybrid plan

For the DB component, we follow the first step above and estimate a replacement ratio of 33% of a worker’s final salary. For the DC component, we determine the DC account balance at retirement, which consists of annual employer and employee contributions of 7% plus accrued annual 5% interest. This balance is then converted into lifetime payments using an annuity rate of 3%, which is based on applicable federal rates.10 This results in a DC benefit replacement income ratio of 21% of a worker’s final salary. Combined, the DB and DC benefits provide a 54% replacement income ratio, or 46% after adjusting for inflation.11

Replacement income ratio—one of Pew’s metrics for retirement security—measures what percentage of the worker’s regular income is expected to be replaced in retirement. This research finds that for most career public workers with Social Security coverage, their total retirement benefit will match their pre-retirement take-home pay. While this does not guarantee retirement security for all workers, as needs will vary based on a range of factors, it is a helpful starting point when looking at how well plans set up participants for a secure retirement.

Benefit multiplier: The percentage applied to applicable salary to determine the benefit amount under the plan provisions. For example, if the plan has a 2% multiplier, an individual who worked for 30 years with a final average salary of $50,000 would have an annuity starting at $30,000 (or 2% x 30 years x $50,000). If the multiplier is 1%, the annual benefit would be $15,000.

Defined benefit (DB) plan: A plan in which the employer promises a specific amount of monthly retirement income. The most common type calculates retirement income using a formula that takes into account the employee’s final average salary, years of service, and age.

Defined contribution (DC) plan: A plan in which the employer provides employees with an individual retirement account that grows through investment of accumulated employer and employee contributions.

Final average salary: The average of annual salary during a predetermined number of years, typically either at the end of the employee’s career or over an employee’s highest earning years.

Normal retirement age: The age at which vested employees are entitled to the full calculated level of fixed retirement income.

Replacement income ratio: The percentage of a worker’s pre-retirement take-home pay that is expected to be replaced by the benefit provided by the retirement plan, adjusted for inflation, plus the worker’s Social Security benefit. 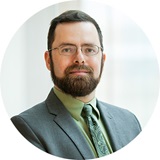