These data have been updated. The latest information is available here.

Medicaid is by far the largest federal grant to states, making up 65 percent of total grant funding in 2018. From 2008 to 2018, Medicaid was the main driver of the 42 percent increase in total federal grants to states. (See “Health Care Has Dominated Federal Spending Choices for More Than a Decade.”)

Although Medicaid generally makes up the major share of grants to states, other categories still account for substantial portions of this federal funding. (See Figure 1.) The second-largest category in 2018 was income security programs (13 percent of the total), followed by transportation programs (8 percent) and education (6 percent).

Funding per category varies by state

Medicaid is not only the largest of all grants to states; it is also the largest category of grants in all but one state. But the extent to which the health care program dominates, as well as the mix of funding among the other grant categories, varies substantially by state. (See Figure 2.) In 15 states and the District of Columbia, Medicaid funding represents two-thirds or more of total grant money from the federal government, with the highest figure in New York (74.3 percent). Wyoming (17.6 percent) is the only state where Medicaid is not the largest category of grants. That state’s largest grant category was “everything else,” which includes leasing rights to oil, gas, and minerals extracted on public lands. (For more information on federal grants and state budgets, see “Federal Share of State Revenue Rises for Third Year.”)

Grants to states for transportation programs showed a wider range than those for income security grants. These grants fund programs such as surface transportation, airport improvements, and Federal Highway Administration programs. The share of total grant funding represented by transportation was highest in Alaska (26.2 percent) and lowest in New York (3.5 percent).

There was a smaller range among states in the percentage of total federal grant dollars that went to education programs, including Title I, special education, and career and technical education. These grants accounted for 9.5 percent of 2018 total grant funding in South Dakota but just 3.9 percent in the District of Columbia.

Health care grants to states for programs other than Medicaid include funding for health insurance to children (i.e., the Children’s Health Insurance Program), access to federally funded health centers, vaccines for children, prevention and treatment of substance abuse, and access to various HIV/AIDS services. These grants made up 7.8 percent of all federal grants in Oklahoma and 2.4 percent in Wyoming.

Grants for ‘everything else’

This category includes funding for a wide range of programs including environmental protection, funding for crime victims, minerals management, community development, and job training and employment for dislocated workers. More than 50 percent of the federal grants to Wyoming fell into this category, largely related to mineral leasing rights to oil and gas extracted from public lands. In New York, just 1.7 percent of federal grants came from this mix of funding. 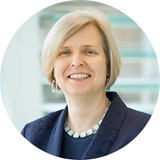 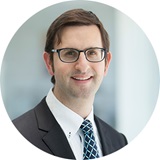 Federal grants to states are 42 percent higher overall, after adjusting for inflation, than they were when the Great Recession began in 2008, but the growth has not been steady.

States get roughly a third of their revenue from the federal government—funding that pays for health care, schools, roads, public safety, and other programs.