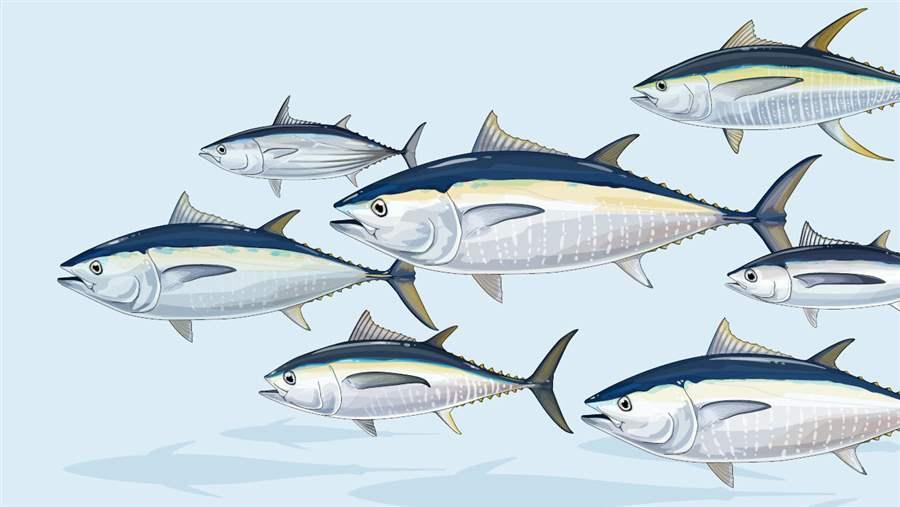 Together, the seven most commercially important tuna species are among the most economically valuable fish on the planet. Globally, commercially landed tuna product has a value of US$10 billion to $12 billion per year to the fishermen that target tunas and more than US$42 billion per year at the final point of sale. These conservative totals do not account for noncommercial values of tuna, including those associated with sport fishing, other forms of tourism, and the ecosystem benefits of living tunas. 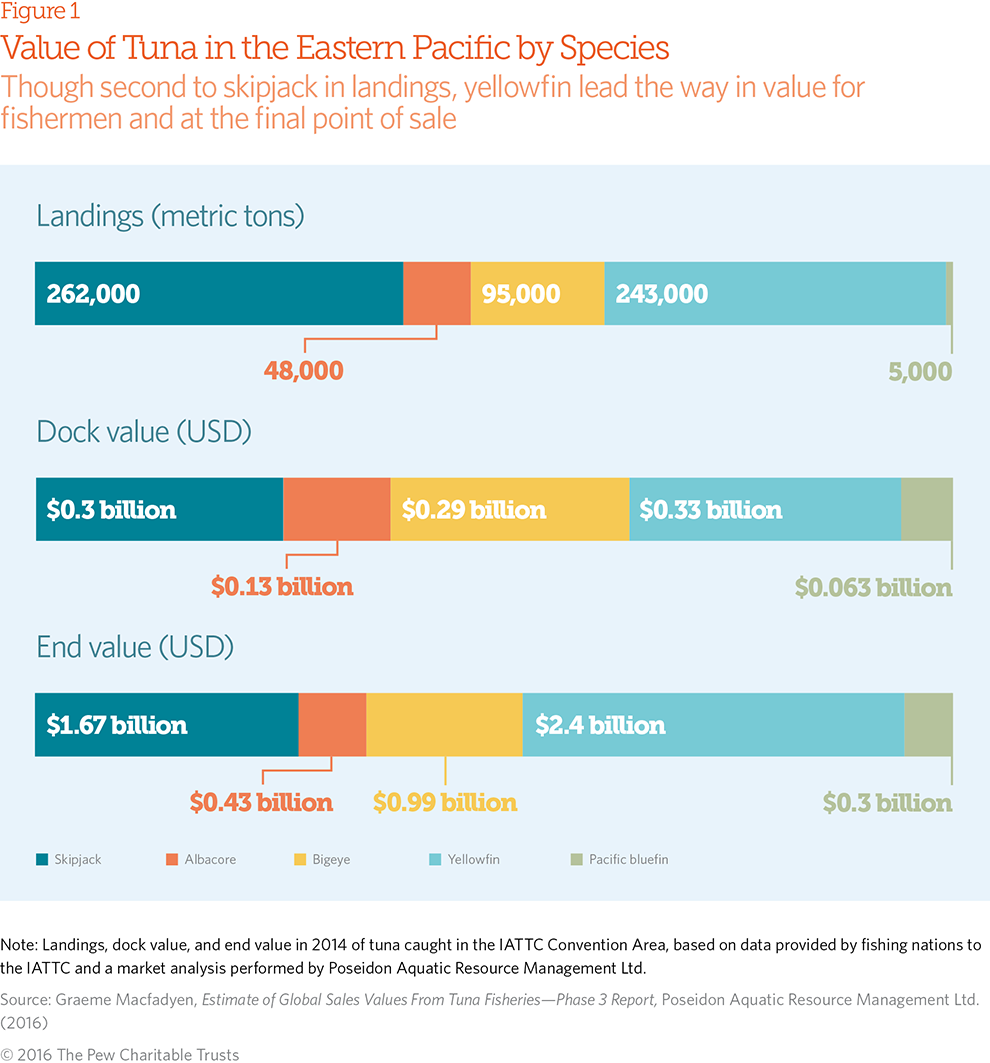 The Pacific Ocean is the source of about 70 percent of commercially landed tuna and 65 to 70 percent of the global value of tuna at both the dock and the final point of sale. In the eastern Pacific, tuna landed by commercial vessels registered in the Inter-American Tropical Tuna Commission (IATTC) Convention Area approaches volumes and values as high as those for the entire Atlantic Ocean. In 2014, IATTC Parties reported a catch of about 650,000 metric tons, worth more than US$1.1 billion to fishermen in the region and more than US$5.8 billion at the final point of sale.1

Large regional fleets, for example from Ecuador and Mexico, and Asian distant water fishing nations—such as Japan; China; and Taiwan, Province of China—account for much of the volume and value of tuna landed in this region. The regional fleets fish primarily for skipjack, yellowfin, and Pacific bluefin with purse seine gear. Distant water nations fish for bigeye and yellowfin with longline gear. The numbers reported here do not account for the extremely large fleet of local, artisanal longline vessels that are not required to report landings to the IATTC. As a result, the volumes and values presented are conservative.

As is the case globally, skipjack and yellowfin are the most valuable tuna species targeted in the IATTC Convention Area (see Figure 1), a result of the very high volumes of these species landed each year. Pacific bluefin is by far the most valuable per fish or per metric ton, due to the high demand for this species in the sashimi market of Japan and other high-end outlets. The value of adult bigeye tuna per fish or per metric ton is growing, reflecting the increasing demand for this species in sashimi trade.

With so much money at stake, both in the region and as a portion of the global tuna economy, it is vital that Parties to IATTC take the necessary steps to protect long-term sustainability of these fisheries and avoid making decisions based on short-term economic gain alone. Furthermore, with the important role that tunas play in marine ecosystems in the eastern Pacific, IATTC managers have an ethical responsibility to successfully manage these stocks.

To begin preserving the value associated with commercial tuna fisheries and protecting these species’ role in the marine environment, IATTC must focus on:

With these three actions, fisheries managers can work to remove the short-term politics from decision-making. Doing so would secure strong financial returns in tuna fisheries while ensuring the health of marine ecosystems.