In the late 1980s, in response to a severe cocaine and crack epidemic, New Jersey enacted a major legislative initiative that included mandatory and enhanced penalties for drug offenses. As a result, the number of drug offenders sent to prison increased 32 percent between 1987 and 2008. In the last 20 years, the prison population has increased by 69 percent and corrections spending jumped 323 percent to cover this growth.

In October 2007, Governor Jon Corzine announced the creation of a Sentencing/Corrections Task Force that would operate under the auspices of the New Jersey Commission on Government Efficiency and Reform. The task force was charged with examining existing sentencing and corrections policies and assessing whether they achieve successful outcomes in the areas of recidivism and public safety. Early in its existence, the task force received technical assistance from the Vera Institute of Justice with support from Pew.

In December 2007, the task force supported recommendations developed by the Commission to Review Criminal Sentencing, including expansion of the existing drug court program, expansion of the Intensive Supervision on Probation program and the creation of regional assessment centers and treatment capacity for handling parolees at risk of violation. These recommendations were included in the governor's FY09 budget and statutory changes to expand drug court eligibility were enacted in April 2008.

Throughout 2008, the task force developed a proposal that would establish a pilot program in which prison-bound nonviolent drug offenders would be mandated to a treatment regime. The proposal was set out in a task force report in January 2009. 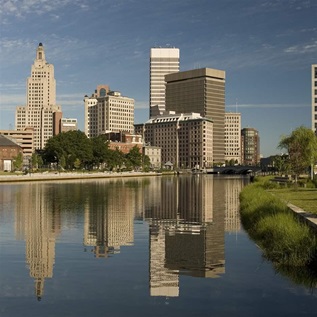