The International Union for Conservation of Nature (IUCN)—which is made up of 1,400 representatives from government, civil society, and Indigenous peoples’ organizations in 170 countries—passed Motion 069 during the World Conservation Congress in Marseille, France. The motion calls for a moratorium on deep seabed mining and a halt to the International Seabed Authority’s (ISA) issuing of new contracts for mining and for exploration of mining sites until certain conditions are met.

Among other things, those conditions include conducting rigorous and transparent scientific research and impact assessments to comprehensively understand the environmental, social, cultural, and economic damage that mining could cause, and ensuring the effective protection of the marine environment.

The nascent state of scientific knowledge about deep sea life and mining’s potential impacts on it make it impossible to accurately predict the consequences of mining on the ocean. The ISA can help address this problem by facilitating cooperation in scientific research and adopting strong environmental assessment processes that require mining contractors to identify and respond to environmental concerns.

The IUCN motion also requires the ISA to incorporate public consultation into all decision-making processes to ensure that independent reviews—such as those by scientists and civil society organizations—have occurred and that Indigenous peoples and other affected communities have provided free, prior, and informed consent. The motion also urges other ISA reforms “to ensure transparent, accountable, inclusive, effective, and environmentally responsible decision-making and regulation.”

To help honor these provisions, the ISA should improve the way it engages stakeholders in the development of international seabed mining regulations. Failing to adequately engage diverse groups could cause the ISA to miss critical scientific, cultural, social, or economic input or concerns, which could ultimately lead to poor protection of the ocean and communities from the impacts of deep sea mining. This outcome would run counter to the United Nations Convention on the Law of the Sea, which created the ISA under the premise that the seabed is the “common heritage of mankind.”

These IUCN calls for action follow recent news that the island nation of Nauru triggered a rule that could force the ISA to fast-track the development of its regulations by setting a two-year deadline for the regulations to be finalized. By rushing development of the regulations, the ISA would risk relying on insufficient scientific knowledge and inadequate stakeholder input, which could lead to weak regulations that threaten life in the deep sea. Passage of IUCN Motion 069 demonstrates that governments and the public want the ISA to develop regulations that are scientifically and environmentally sound.

Although the IUCN motions are not legally binding, the passage of Motion 069 sends a powerful message to the ISA and the leaders of its 168 member governments that seabed mining should not move forward unless and until they can ensure the effective protection of the deep ocean and its sensitive ecosystems. 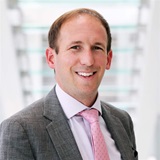