In January, Ohio’s government published a report, “Financial Health Indicators,” which analyzed each of the state’s 88 counties and 247 cities to identify those that may have fiscal challenges.

The effort was designed to allow the state to “help communities avoid going over a fiscal cliff instead of resuscitating them after they crashed at the bottom,” according to Ohio Auditor of State Dave Yost, whose office produced the report. The staff analyzed each county and city based on 15 or 17 measures of fiscal health, depending on which accounting system they use.

Ohio is among 23 states that actively and regularly monitor the fiscal health of local governments, according to research by The Pew Charitable Trusts. It has had monitoring policies in place since 1979 and has a long history of working with distressed local governments. With this new biannual report, Ohio joins New York, Oregon, and Washington in identifying local governments that may be in financial trouble based on a set of indicators and publishing the results in a report or on a website. All four states adopted this model over the last five years.

“Yost wanted to arm citizens with information so that they could go to their county commission meeting or city council meeting and ask intelligent, informed questions—and have local officials do the same thing,” said Benjamin Marrison, director of communications for Yost’s office. Ultimately, the hope is that local officials will make more sound financial decisions.

Marrison has already seen a change in the way these issues are being discussed. “There are a number of press clippings from across the state talking about their debt, their spending versus revenues, and their infrastructure depreciation,” he said. In August, for example, Licking County Auditor Mike Smith said he would consider rejecting additional borrowing by the county in the next two years because the state’s financial health review categorized its ratio of debt service expenditures to total revenue as “critical,” the most severe designation.

In addition to designating the local governments in fiscal stress, the report can be used to highlight broader state trends. According to the state auditor’s office, the two indicators most frequently identified as “critical” based on 2015 data were the condition of capital assets and general revenues divided by net expenses. This suggests that local governments are struggling to maintain current spending while addressing deferred maintenance of capital assets. “Going forward, this will be a great tool for the Legislature and for the Ohio Municipal League to understand how policy decisions both federally and at the state level are impacting local governments,” Marrison said.

The state has the authority to place cities and counties into three categories of distress: fiscal caution, fiscal watch, and fiscal emergency. State officials can declare a locality to be in one of these categories if the local government meets criteria laid out in statute or policy, such as a negative fund balance, significant deficiencies or material weaknesses in an audit, or defaults on a debt obligation.

The distress categories correspond to escalating levels of state oversight, culminating in the state’s power to take over decision-making authority from a local government. Ohio has nine local governments in fiscal caution, one in fiscal watch, and 21 in fiscal emergency.

For the “Financial Health Indicators” report, the Ohio Auditor of State chose 17 indicators, mainly financial ratios and trends, to assess the fiscal health of local governments. They include the ratio of general fund balance to general fund revenue and a decline in general fund tax revenue, and are intended to flag when cities and counties might be headed toward fiscal distress, rather than simply identifying those that already meet the criteria for the state’s distress designations. The report rates cities and counties as having critical, cautionary, or positive outlooks for each indicator.

To identify the best indicators to use, the Auditor of State’s staff compiled past data on each local government from audited financial reports to see which measures historically indicated distress in local governments before they were placed in “fiscal emergency.”

Benchmarks for determining the critical and cautionary thresholds are based on five-year averages. For example, if a general fund’s unassigned balance—all spending amounts not contained in other classifications—dropped from the previous year by more than 1 percent, that indicator would be labeled as having a cautionary outlook. A balance of zero or a negative number would be labeled as having a critical outlook. Ohio considers most local governments that have either six indicators with a critical outlook or eight indicators with a critical or cautionary outlook to be in fiscal stress.

Pew’s research has found that detecting distress early gives states and local governments more flexibility to solve a local government’s fiscal challenges. “We have developed a tool that will help city and county officials better predict the financial stability of their communities and make well-informed decisions,” the Auditor of State’s Office stressed in the report. “Once identified, our team can help cities and counties develop a plan to improve their condition.” Relying on intervention to solve fiscal challenges can be difficult when states face limited funds and staffing. With the report, the Ohio Auditor of State hopes to assist local governments before problems require a costly solution.

Mary Murphy is a director and Matthew Cook is a senior associate with The Pew Charitable Trusts’ project on state and local fiscal policy. 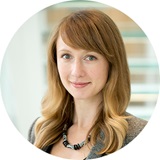