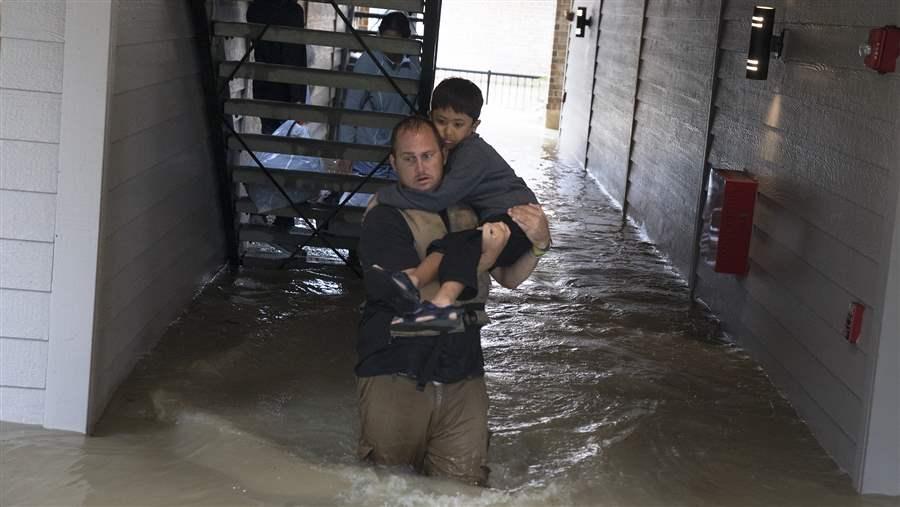 Dustin Langley helps a family escape flooding in a Houston suburb after Hurricane Harvey in August. He drove two hours to volunteer in rescue and recovery efforts.

Natural disasters tend to bring out the best in people. Media and other eyewitness reports during and after hurricanes Harvey, Irma, and Maria showed residents helping each other weather the storms and their aftermath, often traveling long distances to do so. While these efforts are often heroic, they could become less necessary with better preparation. That’s why the United States needs a national discussion on how to prevent the level of devastation in Houston and Florida from happening again. With large swaths of the South still flooded, that conversation should begin now. Better storm preparedness could have helped lessen the damage from Harvey and Irma, and governments at all levels should invest in readying vulnerable American cities for severe weather events.

In Houston, the flooding from Harvey was unprecedented. But flood catastrophes are not. Last year, 36 flood-related disasters occurred in 24 states, which cost federal, state, and local governments billions of dollars. And yet, even as that money was flowing to affected areas, mitigation projects to better prepare cities like Houston for natural disasters were rejected as too expensive or stalled after grant money to fund them dried up.

Repairing and rebuilding after a natural disaster costs far more than smart preparedness. In fact, every $1 spent on disaster mitigation saves $4 on post-disaster aid. Last year, the nonpartisan Government Accountability Office found that the Federal Emergency Management Agency (FEMA) spent just $600 million for its Pre-Disaster Mitigation Grant Program from 2005-14, a tiny fraction of the $277.6 billion the federal government allocated to disaster assistance during that period. Meanwhile, some estimates predict property damage from Harvey will exceed $65 billion.

Congress can be part of the solution by passing legislation such as the State Flood Mitigation Revolving Fund Act (S. 1507). This summer, Senators Jack Reed (D-RI), John Kennedy (R-LA), and Bob Menendez (D-NJ) introduced this bill to provide low-interest loans for mitigation projects that would reduce flood risk. It is modeled on the Clean Water State Revolving Fund, which has financed more than $111 billion in water quality projects and saved communities money since its inception in 1987.

The bill would give states an initial capitalization grant from FEMA and empower them to administer and control a revolving loan fund, which they could tailor to local needs. Communities, homeowners, businesses, and nonprofit groups could apply for the funding to elevate and floodproof structures, improve stormwater and flood-plain management, relocate properties to lower-risk areas, and support conservation and environmental restoration projects. The legislation also asks states to match 20 percent of federal dollars.

The initial federal funding coupled with incoming money from loan repayments would give states the leverage to assist communities like Harris County—where Houston is located—to make the changes needed to reduce flood risk. Such loans might have helped many homeowners in the Houston area, where an estimated 75,000 homes flooded during and after Harvey, and could help those in other cities with lax regulations on development, such as those that have allowed building in flood plains.

The loan program could provide a long-term, self-sustaining source of financing for a wide range of projects. By supporting efforts to lessen the impacts of storms in cities like Houston, the fund could save lives and taxpayer dollars. 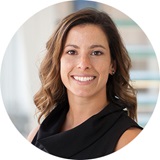