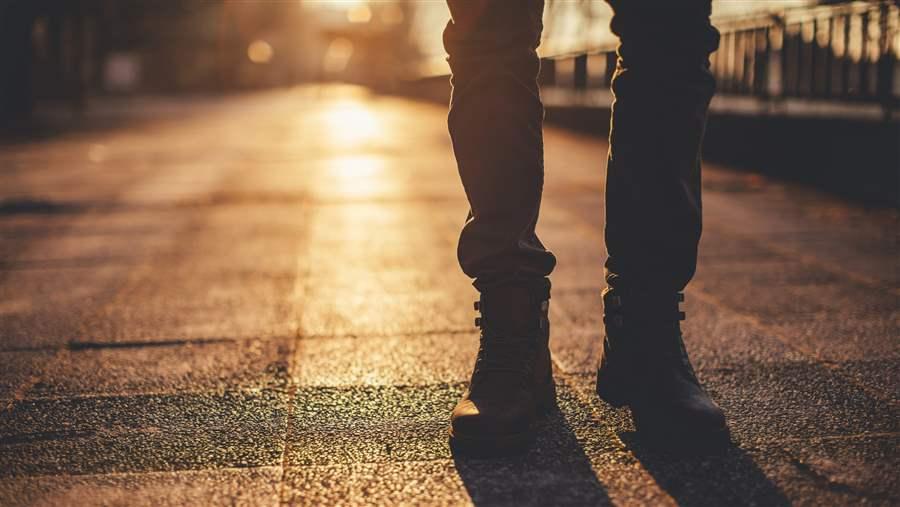 A diverse array of prison alternatives is the cornerstone of a corrections system that puts serious, violent offenders behind bars and steers others to appropriate options that cost less and can more effectively reduce recidivism. Over the past decade, states across the country have enacted a wide range of policies to strengthen community supervision systems, chiefly by removing less serious offenders from probation and parole caseloads and devoting more resources to monitoring individuals who pose the greatest risk.

Those reforms were undertaken as part of a decade-long effort—the Justice Reinvestment Initiative (JRI)—in which 36 states have enacted laws implementing research-based changes to their sentencing, release, oversight, and supervision policies. Though the specific reforms varied from state to state, the goals typically were to protect public safety, rein in taxpayer costs, prioritize prison space for violent offenders, and invest prison savings in strategies that reduce crime and recidivism.

Many of the policies are aimed at probation, parole, drug treatment courts, and other nonprison sanctions and seek to shift the goal of supervision from punishing failure to promoting success, a leading recommendation of the consensus report recently published by the Executive Session on Community Corrections.

Below are five community corrections reforms enacted through the JRI by a range of states. (For a full list of the more than 30 policy reforms implemented by states, see this fact sheet. States may have adopted similar reforms outside the JRI process, but those are not included here.)

Evaluations of these reforms in two states, Arizona and Missouri, indicate they are achieving their intended purposes. After Missouri’s 2012 Justice Reinvestment Act instituted a 30-for-30-day earned compliance credit policy for certain probationers and parolees, the state’s supervised population fell by 20 percent (nearly 15,000 people). 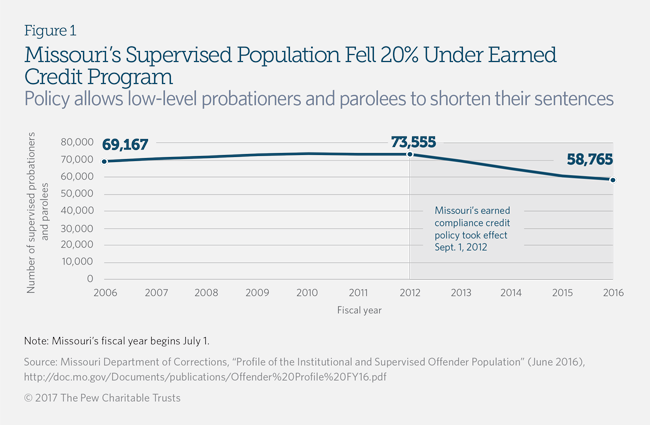 Within the first three years, more than 36,000 probationers and parolees reduced their supervision terms by an average of 14 months. The reform also helped cut the average probation and parole caseload from 70 supervisees in 2012 to 59 in 2015. Perhaps most significant, recidivism rates remain unchanged—reconviction rates for those who earned credits were the same as those discharged from supervision before the policy went into effect, demonstrating that shorter parole and probation terms did not lead to increased reoffending.

Before Arizona implemented a set of community supervision reforms in 2008, offenders who violated the conditions of their probation comprised a third of all prison admissions, according to the Council of State Governments Justice Center. The state’s Safe Communities Act helped focus probation supervision on high-risk offenders, in part, by creating earned time credits. The law also prompted policy changes requiring judges to receive presentence reports that included risk and needs assessments and led to new evidence-based training initiatives and hiring practices. As a result of the reforms, between fiscal years 2008 and 2016, the state realized $392 million in averted costs, a 29 percent decline in probation revocations, and a 21 percent decrease in new felony convictions of probationers.

Reforms such as these have been adopted with wide bipartisan majority votes in legislatures in more than half of the states. Along with other efforts, JRI policies have helped reduce the size and cost of prisons and community corrections nationwide. By the end of 2015, the overall rate of correctional control—people in prisons and jails plus those on probation and parole—had fallen from its peak of 1 in 31 adults in 2008 to 1 in 37 in 2015, a decline of 16 percent or more than half a million adults (570,728).

Despite this progress, supervision caseloads remain unwieldly and recidivism rates are still too high, driving many states to seek to build on their reforms with additional initiatives. The strides made by states like Missouri and Arizona offer valuable lessons for the road ahead. Perhaps the most important is that it is possible to reduce the correctional population and protect public safety at the same time.