When Tropical Storm Irene hit the East Coast in August 2011, flash flooding in central and southern Vermont badly damaged many homes as well as roads, bridges, and other infrastructure.1 The degree of destruction led the state’s legislature to update the Emergency Relief Assistance Fund (ERAF) the following year. The fund gives more assistance following disasters to cities and towns that take action to bolster their resilience to floods, and less to those that don’t. State investment in the fund is paying off: Enticed by the promise of more aid, communities in Vermont are taking steps to lessen the impacts of future storms.

Vermont is no stranger to flood damage. In the past decade, the state has endured 13 flood-related disasters. The previous four decades averaged six.2 3

But the scale of these recent storms doesn’t compare to that of Irene. Floodwaters damaged or destroyed 800 homes and businesses, and inundated 2,400 roads, 300 bridges, and six railroad lines, cutting off assistance to a dozen communities.4 Erosion and flooding also damaged power transmission infrastructure, causing  delays in restoring electricity to over 117,000 people. All told, recovery efforts cost public and private entities $850 million.5

"I had been through tornadoes, earthquakes ... but the flood was the worst.”6
—Sue Esty, a resident whose mobile home was destroyed, along with most of her belongings

In response to Irene, state lawmakers updated the Emergency Relief Assistance Fund to make Vermont more resilient to flooding.7 Officials developed criteria for giving communities financial assistance from the ERAF after a disaster to reward those that have taken risk-reduction measures.8

The ERAF criteria determine how Vermont financially supports municipalities after presidential disaster declarations. When the president issues such a declaration, assistance from the Federal Emergency Management Agency (FEMA) to the states covers at least 75 percent of recovery costs.9 States pay the remaining 25 percent, which in Vermont is split between the state—using money from its general fund—and the affected cities  or counties.

After the criteria were adopted, communities became eligible to receive as much as 17.5 percent of the costs from the state if they have taken significant flood mitigation measures.10 The state share is reduced to 12.5 percent if a community has taken a smaller subset of actions, and down to 7.5 percent if communities have not acted on any of the eligible options for preparing. After the rule was adopted, local officials had 24 months to meet the new standards to qualify for assistance from the fund.

To receive a state match of 12.5 percent, municipalities must:

Of the law’s four basic criteria, the most challenging for small communities is developing a hazard mitigation plan. Many lack the staff and expertise to ensure compliance with FEMA.

Municipalities can qualify for a 17.5 percent match by taking one of these two additional measures:

Although Vermont’s fund is aimed at encouraging communities to cut their flood risk before storms strike, the state gives communities 30 days after a federal disaster declaration to increase their score to qualify for more assistance from the ERAF. Because communities can be overwhelmed by the requirements, the Vermont Emergency Management Agency and the state’s regional planning commissions can help them create and update emergency operation and hazard mitigation plans. Vermont also gives communities technical assistance before disasters, which eases post-disaster costs.

The ERAF has prompted more Vermont communities to take measures to reduce the impacts of flooding. From 2014 to 2017, the number of municipalities in the state with emergency operations plans nearly tripled, and those with hazard mitigation plans nearly doubled. Municipalities with improved standards for roads and bridges rose from 70 percent to 93 percent, and those that adopted or took steps toward adopting a flood hazard bylaw that meets NFIP requirements rose from 86 percent to 90 percent.15

For example, when faced with the cost of a blown culvert, the town of Danby earned a 17.5 percent match for future disasters after it adopted No Adverse Impact standards for its river corridor. Protecting river corridors helps to reduce erosion and keep flood plains functioning for public safety.17

In its 2018 State Hazard Mitigation Plan, Vermont said it will monitor the effectiveness of the ERAF to further improve the program.18 But it is already succeeding by this measure: More Vermont communities are being proactive about reducing the impacts of flooding. As Vermont flood plain manager Sacha Pealer observed, “There are signs of a shifting culture.”19 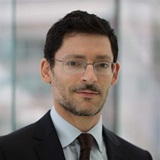