Over the years, states have used evidence-based reforms to improve public safety, control taxpayer costs, and safely reduce prison populations. These efforts exploded on the national scene when we began our Texas justice reform effort in 2005. Texas legislators, including myself, were given a difficult directive: Don’t build new prisons, they cost too much. As conservatives, we had the responsibility to achieve the highest return on investment for public safety spending while reining in unnecessary government.

Despite an anticipated increase of 17,000 people in the prison population in the next five years, we were determined to avoid building new prisons. We had a great deal of data on criminal justice, which really helped an engineer like me look at viable alternatives.

Based on the data, the options were clear: Either swing open the doors and let people out of prison without rehabilitation or treatment, or reduce the number of people going to prison.

It costs far less for people to be on parole or probation than to keep them incarcerated, so we endeavored to keep people from unnecessarily going to prison or recidivating. Our approach was to establish programs to treat drug and alcohol addiction, improve mental health services, and provide other rehabilitative programs in prison. For those on probation and parole, we expanded intermediate sanctions in lieu of revoking people to prison for nonviolent, low-level rule-breaking, and reduced caseloads to enable officers to provide better supervision services. We also expanded community-based drug treatment programs and our specialty court system, and we provided additional funding for mental health care throughout the state.

The results have been exceptional.

We closed eight prisons and reduced prison populations by about 11 percent. We improved parole rates and greatly reduced parole revocations as well as overall arrests and the probation population.

Fewer people are going to prison.

What we did worked, and others began to take notice. Since 2007, more than 30 states have enacted bipartisan reforms that have safely reduced the number of people behind bars. According to a report by The Pew Charitable Trusts, 35 states saw their crime and incarceration rates drop simultaneously.

We achieved the goals we set out to accomplish—better public safety outcomes, reduced prison population, and avoided unnecessary costs by not building additional prisons. However, there is more
work to do.

The largest portion of the criminal justice system with the greatest number of people affected — the community corrections system made up of parole and probation—has received far less attention than the prison system.

There are 4.5 million people in the U.S. on community supervision, more than twice as many as there are in our prisons and jails. More than 1 million women are on probation or parole, a figure that has doubled since 1990. Texas currently has 482,000 on probation or parole—the equivalent of more than half the population of Austin, the state capital. Nationally, in 2016, 8 in 10 probationers and two-thirds of parolees were sentenced for nonviolent crimes.

If we are to continue to make inroads into our correctional populations, we need to address the size and scope of probation and parole.

Shrinking the community corrections population by reducing sentence lengths and examining who needs to be on supervision would reduce caseloads, allowing officers to concentrate on those who need more help and pose the highest risk to public safety. It would also allow people who have been held accountable to move on with their lives. And for conservatives like myself, it would help ensure legitimate use of government power and funds by emphasizing public safety and wise use of taxpayer funds.

It is the next logical step for the Texas-borne experiment in justice reform.

Criminal Justice Reforms Should Be Part of a ‘True Safety Agenda’

Flozell Daniels Jr. is the president and chief executive of the Foundation for Louisiana, a nonprofit organization dedicated to building stronger, more sustainable communities statewide. A longtime advocate for alleviating poverty and racial inequality, Daniels has become an influential voice in his state’s criminal justice reform movement. 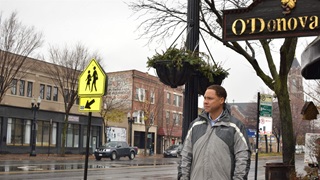