“President Coolidge once said, ‘Persistence is everything,’” U.S. Representative Joe Courtney (D-CT) told the 75 attendees at the University of Connecticut’s Avery Point campus, giving a nod to the state’s on-and-off 40-year quest to secure an NERR. The campus, located on Long Island Sound at the mouth of the Thames River, is within the new NERR. Before the site’s technical designation on Jan. 14, Connecticut was one of only two coastal states, along with Louisiana, without a reserve.

For the Connecticut site, Courtney says, the goal now is to “make this a thriving and sustainable body of water” that will contribute to the conservation, education, research, stewardship, training, and recreational goals that are hallmarks of the federal estuarine system.

Estuaries are broadly defined as areas where freshwater flowing from rivers and streams mixes with saltwater from the ocean. They create abundant habitats for marine life, boost coastal economies, and provide coastal communities with often-formidable buffers from storms and sea level rise.

Oceanographer Richard Spinrad, undersecretary of Commerce for oceans and atmosphere and administrator of the National Oceanic and Atmospheric Administration (NOAA), noted at the commemoration that 2022 is the 50th anniversary of the Coastal Zone Management Act, which created the NERR reserve system, along with other national conservation protections. Since then, Spinrad said, the system has grown into a network spanning 23 states and more than 1.4 million acres of protected land and water along U.S. coasts and the Great Lakes, the latter of which often have habitats that mimic estuaries. The University of Connecticut will manage the reserve.

“This unique program, built on state-federal partnerships … has really made great strides in our national efforts to address particularly complicated issues associated with climate change,” Spinrad added. “The reserve system is going to enable us to invest in sustained, long-term trusted relationships, so that we can better understand community needs. It’s going to allow us to use that understanding to get relevant information into the hands of decision-makers at every level: local, state, industry, and nongovernmental organizations.”

NERRs, some of which border remote communities, also show that policymakers needn’t choose between conservation and economic aims. A 2021 study co-funded by NOAA and The Pew Charitable Trusts found that four NERR sites—Rookery Bay, Guana Tolomato Matanzas, and Apalachicola in Florida, and South Slough in Oregon—generate more than $165 million in annual revenue for their communities, including $56.4 million in wages that support at least 1,762 jobs.

Spinrad and other speakers at the Connecticut commemoration also referenced the system’s power to help correct equity and inclusion shortcomings, which they said have fueled environmental injustices and blocked access for many to these coastal areas. Rectifying both are top issues noted in the management plan of the Connecticut reserve.

“Nature conservation isn’t like placing the fragile and expensive stemware up high on a shelf,” said Sara Gonzalez-Rothi, who represented the White House Council on Environmental Quality at the event. “Rather, it’s about actively combating the climate crisis and the extinction crisis, while also addressing a legacy of injustice and inequity. This view of conservation is grounded in a belief … that every person deserves access to clean water, clean air, abundant wildlife, and open space, and that for far too long, this has not been the reality for too many.”

Gonzalez-Rothi went on to highlight the educational and scientific priorities of the estuarine system and noted how the Connecticut site can advance and expand on them. “Where the salt meets fresh is where the magic happens,” she said. “And everyone should experience that, right? Yes, this place will be a living laboratory for both the world-class researchers and for the original scientists: the curious kid who is happiest when our feet are wet, and our hands are dirty.” 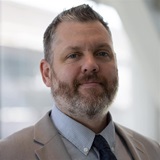