WASHINGTON—The Pew Charitable Trusts today expressed disappointment that the U.S. Forest Service has finalized a regulation to eliminate the Tongass National Forest in Alaska from the 2001 Roadless Area Conservation Rule. The decision announced in the Federal Register today and made official tomorrow in the agency’s Record of Decision, will enable commercial timber operations and construction of new logging roads in the most pristine areas of the nation’s largest national forest.

Nearly a quarter of a million people from across the country submitted comments objecting to the Forest Service plan—and, according to recent survey research, more Alaskans support forest protection than oppose it. The agency also rejected requests from 11 Southeast Alaska tribes to sustain protections for lands that Indigenous peoples have lived on for thousands of years, prompting a separate petition from tribes for a Traditional Homelands Conservation Rule that would create protections for regions that are important traditional tribal use areas.

The Roadless Area Conservation Rule has conserved more than half of the Tongass National Forest, including old growth forests and important salmon habitat, and was designed to reduce the impacts of road construction, which damages ecosystems and costs taxpayers millions of dollars in the Tongass alone.

“There is simply no scientific or economic justification for this decision by the U.S. Forest Service. Since 1980, according to Taxpayers for Common Sense, Americans have paid $44 million per year on average to subsidize commercial logging on the portion of the Tongass not covered by the roadless rule. Opening the most remote areas of the forest to clear-cutting will increase taxpayer subsidies to companies that will fell the last of our great old growth forests and sell the timber, primarily for export.

“This decision is a disservice to Alaskans and other Americans who value these ancient trees and the lives and livelihoods they support. The Tongass is a global gem. Once these pristine forests are gone, they’re gone forever.” 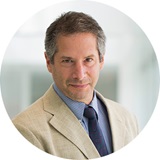