Most states require local governments to submit financial data—typically on an annual basis—and at least 38 now present that local fiscal data on easily accessible online platforms to give the public access to important information on their cities, towns, and counties.

The various state websites, which promote transparency by allowing a glimpse into local government finances, offer a range of features. Some enable users to compare localities, for example, while others let people create graphic visualizations of historical trends on local taxes and spending.

In another approach, Louisiana maintains a list of “fiscally distressed municipalities” that its legislative auditor’s office reports may not be able to continue to provide basic services to residents in the near future because of financial issues.

Previous research by The Pew Charitable Trusts found that states that monitor the fiscal health of local governments may be better prepared to address financial problems before they become unmanageable. Having the information readily available to the public improves transparency and accountability.

Publishing local fiscal data online can help to elevate discourse on budgets and local priorities by making the information easily accessible. But that benefit often can be reduced by what can be considerable time lags in posting data.

For example, the steep and sudden impact of the COVID-19 pandemic on the fiscal stability of cities and counties likely will not show up on these websites for at least a year. Still, the data do provide valuable information on the situation that local governments were in as they headed into the 2020 recession and can help states understand which localities might be particularly vulnerable to fiscal problems.

Table 1 provides links to the local fiscal data webpages for each of the states that now maintain such sites. 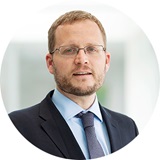 * For Alaska, boroughs are county equivalents.

† Participating state agencies include the Department of Local Government Finance, the State Board of Accounts, the Indiana Education Employment Relations Board, the Indiana Gaming Commission and the State Auditor.

Jeff Chapman is a director and Katy Ascanio is an associate with The Pew Charitable Trusts’ state fiscal health project.