Nationwide, state and local officials are seeking effective ways to tackle the opioid crisis in their communities. Leaders from Wisconsin, Rhode Island, and Virginia recently discussed what is working in their states at a panel discussion on Capitol Hill hosted by The Pew Charitable Trusts.

Each state faces unique challenges in dealing with this epidemic, but speakers at the May 17 event described innovative approaches that are broadly applicable and talked about the resources needed from private and public entities.

1. Get personal, not political.

Wisconsin state Representative John Nygren (R) said that he was dismayed when his rural district was referred to as a “heroin town” by some national newspapers. But the opioid crisis would hit closer to home for the state Assembly member—his daughter struggled with opioid use disorder, and Nygren soon found himself reading “two to three obituaries a week of my constituents.”

The lawmaker said he and his daughter decided they “could use our personal story to get something positive done.” Over the past four years, he worked with legislative colleagues to pass 30 bipartisan bills targeting the opioid crisis, 29 of them unanimously. Many families call legislators’ offices looking for help, Nygren said, creating “an opportunity here for people of both political stripes to work together on behalf of their constituents.”

Nygren co-chairs the Governor's Task Force on Opioid Abuse, a group of state leaders charged with shaping the policy agenda on this issue. Over several years, lawmakers passed measures to strengthen the state’s prescription drug monitoring program and expand access to treatment. Through an executive order, Wisconsin is pursuing adoption of a hub-and-spoke model of care in which patients can receive medication-assisted treatment (MAT), which combines Food and Drug Administration-approved medicines with behavioral therapy, starting at a hospital, and then maintain recovery with a community-based provider, such as a primary care physician.

2. Stay engaged on the ground.

Rhode Island has had a long-standing heroin problem, according to Rebecca Boss, director of the state Department of Behavioral Healthcare, Developmental Disabilities, and Hospitals. But she said state-organized task forces have helped stakeholders quickly share information and respond to communities in need.

Boss highlighted one hard-hit town where the police department collaborates with a community health center. In this model, a clinician goes out with detectives to meet with people with a potential substance use disorder (SUD) and tries to connect them to treatment. This successful partnership has allowed residents to “see the police as helpers,” she said, and gain better access to care.

In addition, the Rhode Island Governor’s Overdose Prevention and Intervention Task Force—which seeks to reduce opioid overdose deaths by one-third by 2020—holds regular calls and meetings to closely monitor what is happening on the ground. During the weekly call, hospitals report on overdose deaths, for example, and law enforcement officers share upticks in drug confiscations and similar activities. The task force then provides that data to affected towns, along with a template plan for action they can modify to suit their community.

Neuhausen said Virginia optimized Medicaid benefits to boost patient access to SUD treatment. The ARTS program expanded Medicaid coverage for evidence-based treatment services, established an innovative delivery system and payment model with integrated buprenorphine prescribers and behavioral health clinicians, and raised low reimbursement rates for treatment by 50 to 400 percent to be comparable with commercial rates, on average. In part because of these changes, the vast majority of Medicaid beneficiaries living in urban areas now have access to at least two SUD treatment providers within 30 miles, and those in rural areas have two providers within 60 miles.

The speakers acknowledged that more work is needed, noting that access to MAT is key. Neuhausen said this therapy has a higher rate of successful recovery than an abstinence-only approach. Federal grants for treatment of opioid use disorder, she said, should require that funding go toward evidence-based care.

Congress could address barriers to MAT. Nygren and Neuhausen discussed federal restrictions on prescribing buprenorphine, one of the medicines typically used in the treatment. Making it easier for providers to prescribe the medication and lifting limits on the number of patients that each provider can treat can help accomplish this goal. Physicians can write prescriptions for opioid pain relievers for an unlimited number of patients, Neuhausen said, but a special waiver process and hours of training are required to prescribe buprenorphine to a limited number of individuals.

Lawmakers need access to current data when crafting policy solutions, Nygren said. Reliable overdose data, for example, can be at least a year old, and the kinds of opioids used are evolving. Boss said Rhode Island’s frequent updates among her department, hospitals, and law enforcement mean that the state is often able to work with more timely information.

Finally, Boss and Neuhausen emphasized the need for parity in ensuring that commercial health insurers cover the kind of SUD treatment services now available under Virginia Medicaid. At this point in Virginia, Neuhausen said, “if I had a child with an addiction, I would greatly prefer for them to have Medicaid instead of commercial insurance. That is a huge problem.” 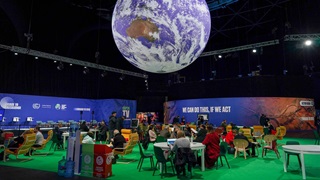