WASHINGTON—The Pew Charitable Trusts applauds the Swinomish Indian Tribal Community for taking steps to expand its dental team to include a Dental Health Aide Therapist. This decision follows evidence showing that incorporating midlevel providers into a dentist’s team increases access to care. The Swinomish, a federally recognized Indian tribe from Washington state, is the first tribal community in the United States outside of Alaska to send a student to be trained as a Dental Health Aide Therapist.

“The Swinomish Indian Tribal Community is taking an important step to address its need for dental care by training a Dental Health Aide Therapist to work with its dental team. For the past 10 years, these providers have delivered top quality and cost-effective care to tens of thousands of Alaska Native people, many of whom previously had no regular source of dental care. This action will provide similar benefits for the Swinomish people and could do so across the nation, if adopted by other tribes and state governments.

“Native Americans suffer from poor oral health due in part to a lack of available dentists: More than 2.4 million Native Americans lived in counties with dental care shortages in 2014. In addition, preschool-aged Native American children had four times more untreated tooth decay than white children, and in 1999, the most recent year for which complete data are available, 43 percent of Native American adults had both untreated decay and periodontal disease.

“Dental Health Aide Therapists, who work under a dentist’s supervision, provide preventive as well as routine restorative care, such as filling cavities and performing uncomplicated extractions. They train for two years and then gain at least three months of additional clinical experience under the direct supervision of a dentist before being certified to practice offsite.

“These professionals have practiced around the world for decades and began practicing in Alaska in 2004, where they have since effectively expanded high-quality dental care to more than 40,000 Alaska Native people. Research confirms that employing Dental Health Aide Therapists is a cost-effective way to help address a community’s oral health needs.”

The Pew Charitable Trusts is driven by the power of knowledge to solve today’s most challenging problems. Learn more at www.pewtrusts.org 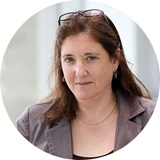