Finally, a pinky-length crustacean that’s central to the Antarctic marine cycle of life is getting the recognition it deserves: A global group of stakeholders has designated Aug. 11 as the first World Krill Day, a chance to celebrate all species of this arthropod, especially Antarctic krill (Euphausia superba).

So what exactly are Antarctic krill?

These small but mighty crustaceans play a huge role in the Southern Ocean ecosystem. Krill are the center of the Antarctic marine food web and a main food source for many of the region’s iconic animals, including blue, fin, and humpback whales; fur seals; and gentoo, chinstrap, and Adélie penguins. Even species that don’t eat krill—such as leopard seals and orcas—prey on animals that do.

And scientists believe that the total weight of all Antarctic krill is greater than the cumulative weight of any animal species on Earth except for humans.

Krill also serve as a carbon sink, feeding on carbon-capturing algae near the surface of the water and dropping their carbon-filled waste near the seafloor. So keeping krill safe and healthy in the Southern Ocean is important to helping combat the impacts of climate change.

For this inaugural World Krill Day, The Pew Charitable Trusts is throwing a superba celebration with lots of new information, including: a quiz that will test your krill smarts; introduction to a scientist who will be in Antarctica on World Krill Day researching this vital species; and details on how new management measures for the Southern Ocean will protect a healthy krill population that supports both predators and the fishing industry.

Once you start to learn more about krill, you might join others in wondering: Why did it take so long for krill—the little crustacean that could—to finally have its day?

At the heart of Antarctica’s Southern Ocean lives a tiny creature that must be protected: krill. Without these small crustaceans, charismatic Antarctic predator species such as penguins, seals, and whales could not survive. 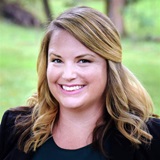