South Holland lies close to the Little Calumet River, 22 miles south of Chicago. Starting in the 1940s, development increased the number of paved surfaces in the small village, which intensified flooding. After a severe storm  in 1990, village officials created a rebate program for residents who complete projects to prevent flooding on their property. As of February 2019, 1,172 households had received more than $800,000 in rebates by installing $2.9 million worth of flood-proofing projects.

Why Do Paved Surfaces Increase Flooding?

In natural conditions, rain is absorbed by the soil and returns to groundwater systems. But when soil is paved over with roads, parking lots, or sidewalks, the water is unable to return to the ground and flows instead to ditches, streams, or stormwater systems, often at accelerated rates. During intense storms, these systems can become overwhelmed, causing flooding.

South Holland is vulnerable to flooding from the Little Calumet River, which flows through the village;  Thorn Creek on the southeast side; and the Calumet Union Drainage Ditch on the west side. When water rises over the banks, it floods the surrounding area.1

Before the 1940s, developers in South Holland kept a cautious distance from land near rivers because of its marshlike conditions. However, when the village began to grow, development of vacant areas became a priority. In the 1970s, local officials passed regulations requiring that new buildings in the flood plain be elevated.2 Although the regulations slowed development, some building continued in high-risk areas. Over time, open agricultural land gave way to paved surfaces and storm sewers.3

South Holland’s worst floods occurred in 1957, 1981, and 1990.4 The damage increased each time, as more of the village became inhabited. In 1990, severe storms caused the Little Calumet and its tributaries to rise to record levels:5 The Little Calumet crested 21 feet above its normal level and took four days to subside.6

It takes a village

In the early 1990s, Frank Knittle’s South Holland home was repeatedly damaged by flooding. Knittle, who has since become the village’s director of planning, development, and code enforcement, installed hidden flood walls in his property’s landscaping to prevent water from entering his home. His work proved effective, and when he later added an overhead sewer system, the flooding stopped. Intent on finding a solution for the broader community, Knittle and other residents formed the South Holland Flood Liaison Committee after the 1990 flood.7

The committee studied flood-mitigation actions to determine which would be most helpful. As interest in flood mitigation grew among residents, the village developed a flood plain management plan in 1994 that included ideas offered by the committee, such as building a dam and levees, creating systems to divert water, and improving the sewer system.8 The plan also proposed cost-share mechanisms to protect people's homes, including a partial rebate to homeowners for installing flood protection mechanisms like Knittle’s.

Whereas some other cities and towns have offered residents incentives to leave flood-prone areas—reaping significant benefits—authors of South Holland’s plan thought the rebate proposal could reduce risk to a number of existing structures.

That same year, South Holland’s mayor and board of trustees adopted the plan’s recommendation for the rebate, allocating money from the village’s budget. The program offers owners of single-family, owner-occupied residences a 25 percent rebate for projects, up to $2,500 per project per property. Approved projects include measures to prevent water from entering a home, including adding downspouts and flood walls; sewer backup projects, such as installing overhead sewers and backflow valves; and removal of connections from stormwater sewers. Rebates can also be used for subsurface projects, including installing interior and exterior drain tile, waterproofing foundation walls, and fixing cracks in these walls.9

According to the village, the most common projects that residents have carried out are repairing cracks in their homes’ foundations and installing drain-tile systems10—pipes that are installed underground, around a home, that collect and move water away from it.11 Local officials recommend that residents who install the systems turn parts of their properties into vegetated areas to slow the rate of runoff, cut down on flooding, and reduce pollutants that would otherwise be swept into nearby waterways.12

What Constitutes a Sewer Backup Project?

Most homes in South Holland have a sewer system that uses gravity: A sewer pipe under the basement floor drains into the local sewer system. When that system is overloaded, sewage drains in a home can back up.

An overhead sewer redirects a home’s sewage to an ejector pit. The pit pumps the sewage overhead, then down to the exit point, about midheight of a basement wall, where it diverts at a steep slope into the village’s sewer system. If that becomes overloaded, the sewage water probably will back up only into the slope—not into the house.

These solutions have been helpful, but they do not address a problem the village is experiencing with increasing frequency: sewer backups in basements. So South Holland launched a pilot program in 2016 that covers half the cost—up to $5,000—if residents install systems to prevent sewer backups. These systems include overhead sewers, outside ejector pit/pumps, and exterior backwater valves. The participating homeowner gives the village half the funds required for the approved project before construction begins, and after the work is completed,  the village pays the contractor the full cost, up to $10,000.13

In the program’s first year, village officials allocated $100,000 of South Holland’s budget for rebates and loan subsidies to help residents flood-proof their homes. As of February 2019, 1,172 of 8,200 households have used the rebates to install $2.9 million in flood-proofing projects, and the village has spent more than $800,000  to reimburse them.14

Residents who took advantage of the rebate have experienced less flooding, said Brian Smith, flood assistance coordinator of the village’s Department of Planning, Development, and Code Enforcement. “We have heard time and time again how the basements and other areas of the home do not take water [any longer].”15

Reservoir Provides Some Relief From Flooding to Chicago-Area Communities

The Metropolitan Water Reclamation District of Greater Chicago is developing a large-scale tunnel and reservoir system to divert heavy rainfall.16 The Thornton Composite Reservoir, completed in late 2015 and the largest part of the project, is providing flood relief for 14 communities, including South Holland.

The $429 million reservoir is capable of diverting almost 8 billion gallons of rainfall.17 As a result, rivers and combined sewer systems are less likely to be overwhelmed during heavy rainfalls. Although the tunnels and reservoir have provided significant relief to the metropolitan district, residents of South Holland continue to experience flood damage from sewer backups and look to the village rebate program for protection.

The village continues to find better ways to mitigate flooding from overwhelmed stormwater systems. In June 2018, officials released a comprehensive plan that emphasized the importance of maintaining green spaces to absorb stormwater and called for incorporating more natural features in developed areas to reduce runoff.18

Despite progress in countering flood risk, South Holland officials said the village’s systems still cannot handle the increased amount of water the area has received in the last decade. According to Smith, “Water is now going where it hasn’t before.”19

Officials have promoted the flood resilience measures, including the rebate program, through a village newsletter and website and the local cable television channel. The village’s Building and Code Department also holds an annual Flood Information Day, and officials attend community meetings. However, officials said it’s difficult to motivate residents to take mitigation measures before a flood occurs, and some residents are still unaware of  the rebate program.

A related challenge is finding villagers willing to take on bigger projects that are more effective at preventing flooding, such as installing entirely new sewer systems to prevent backups. Smith said that although the rebate program has been successful, some residents cannot afford to install flood mitigation systems.

As the village continues to educate residents about the program, the results to date show how a targeted incentive can motivate homeowners to take the lead in reducing flood risk. 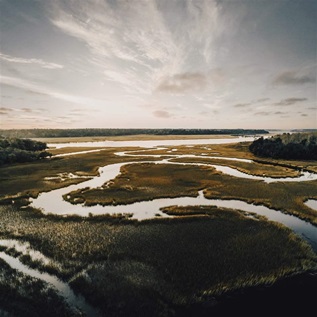 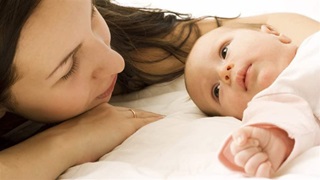