The opioid crisis affects thousands of Americans in big cities and small towns. medication-assisted treatment is a proven way to help them. but there are obstacles to getting it no matter where people live.

The clamor of loud talking in the hallway dies down only a little as Dr. David Barclay closes his office door at his Philadelphia clinic and sits down to talk with a patient, a slim woman of 58 with freshly painted red nails.

Michaela Dargan, a heroin user since “I don’t remember when,” had dressed up for her appointment. “I wanted to look nice,” she says. Recently homeless, she’s been living temporarily with her daughter. On this May day, she’s been able to stay away from heroin for two weeks.

The doctor has questions, which he asks in a gentle tone: How had she coped at the funeral of a niece who died from an overdose? How is she feeling on the 8 milligrams of the treatment drug buprenorphine that he had prescribed twice a day to block withdrawal sickness and curb opioid cravings? Was she following through with the counseling he had ordered?

Dargan’s answers are all positive. But she’s concerned about having to go to Baltimore soon to deal with a troublesome family matter. Would the doctor give her a two-week supply of medication? Barclay replies, yes, “if you have another good week like this.”

But medication-assisted treatment is not always available to those who need it—not in big cities overwhelmed with opioid misuse, not in rural areas where the problem may be just as real but where services are few and far between.

In Philadelphia, 1,116 people died in 2018 from overdoses, many caused by fentanyl, a cheap and dangerous heroin substitute that has nearly swept real heroin off the streets.

Around the country, nearly 48,000 people died from opioid overdoses in 2017—about 130 people a day. Deaths were attributed to the use of prescription pain relievers, including oxycodone and hydrocodone, as well as the illicit use of drugs like heroin and fentanyl. Opioid misuse has become a national crisis, affecting all economic and social classes.

In Barclay’s view, medication-assisted treatment works for heroin users, among the poorest of the poor, whom he sees at the Kensington clinic. And it works for the patients he treats at his private family practice in central Philadelphia, some of them college students or recent college graduates who became dependent on pain relievers initially prescribed for surgery or sports injuries.

At his clinic desk, next to the eye chart and physician’s scale, Barclay has a photocopy of his letter to the editor published by The Wall Street Journal in 2018 in which he argued that opioid rehab programs by themselves are seldom effective. Opioid use disorder, he says, is a chronic brain disease that, like hypertension or diabetes, requires prolonged medication.

“Rehab is an abysmal failure if it does not include some sort of medically-assisted treatment when you get back to your neighborhood,” Barclay says. “One-quarter of people who go into rehab will relapse the day they get out, usually within hours. Two-thirds will relapse in the first month, and 90 percent will relapse in the next year. So that approach does not work. But it’s still the one that a lot of people hold on to.”

Pew’s substance use prevention and treatment initiative has been working to increase access to MAT. “Medication-assisted treatment is the best way to care for opioid use disorder because it ultimately saves lives,” says Beth Connolly, who directs the Pew initiative. “It helps individuals adhere to treatment longer, reduces illicit drug use and infectious disease transmission, and decreases overdose deaths better than either medications or behavioral therapies alone.”

But barriers to this treatment remain rooted in many places, both in heavily populated urban areas and in more rural sections of the nation.

As commissioner of New Jersey’s Department of Human Services from 2015 to 2018, Connolly oversaw the fight against opioid deaths in the nation’s most densely populated state—one that, nonetheless, still has large rural areas, including the blueberry farmlands, pine woods, and marshes of inland southern counties.

“In urban areas, services might seem more available, but the number of people seeking those services often outweighs the capacity,” she says. “In addition, high rents and other overhead may make it cost-prohibitive for provider agencies, since Medicaid and private insurance reimbursements tend to be low.”

“In rural areas, by contrast, the population is geographically dispersed and the lack of public transportation can make it difficult, if not impossible, for people who need treatment to access it,” Connolly says. “There’s also a general lack of treatment providers in rural areas.”

But cost and proximity aren’t the only obstacles. Social stigma plays a role in hindering treatment access—stigma felt not just by people with substance use disorders, but also by doctors.

“One of the big barriers to medically-assisted treatment is getting providers to deliver this service,” Barclay says. “In all honesty, a lot of physicians don’t want this kind of patient in their office. There’s a bias that the patients are going to somehow not behave like the rest of the folks who are there.”

Patients themselves say that medical offices often won’t accept their Medicaid coverage or other insurance—or can’t be bothered with the hassles of obtaining the pre-authorizations for coverage.

One of Barclay’s patients in Philadelphia, Michael Weidner, says that when he was ready to seek treatment for his addiction to opioids, he struggled to find a doctor. Eight or nine months elapsed before a social agency caseworker pointed him to Prevention Point.

“Some places didn’t take my insurance because I’m Medicare-Medicaid,” he says. “Or the wait was three months. Or the cash doctors—the fee was $200 every month, and that was after the hit of $300 or $400 for the first visit. A lot of paperwork went with it.”

In rural areas, the distances that individuals may have to travel to gain access to a treatment center is only one obstacle. Another may be the long waiting period when they get there.

When a longtime opioid user makes the hard decision to get help, that help should be immediate, says Amanda Leese, regional director of Safe Return, a re-entry program operated by Volunteers of America for ex-offenders in New Jersey.

“Imagine being years in an addiction, and you finally agree to get help, and you walk into an office, and someone tells you that you have to wait five days,” Leese says.

Her Safe Return colleague Ja’Net Dingle, program director at the Sewell, New Jersey, office, 60 miles outside Philadelphia, adds, “Saying ‘wait’ may sound like ‘no,’ and the user won’t come back.”

When a patient finally gets in the door, the first step in treatment may be detoxification. To get a South Jersey person seeking help into immediate detox, Safe Return sometimes resorts to driving him or her to northern New Jersey and Bergen New Bridge Medical Center, 102 miles from Sewell. This happens often enough that New Jersey Transit Police have been recruited to help as drivers.

But once in treatment, patients say medication helps greatly. Dave Murri, who lives amid rural surroundings in Vineland, New Jersey, says medication-assisted treatment is working for him, so far.

A former construction contractor, Murri says he lost his business and landed in jail on drug charges after getting hooked on opioid medication for lumbar pain in his back. He was buying large quantities of Percocet, spending “sometimes $400 to $500 a day.” He switched to heroin, he says, because it was “a lot cheaper, probably $30 to $40 a day.”

The last time he used opioids, Murri says, was Aug. 1, 2018, the day he went into the Gloucester County Correctional Facility for a parole violation. Just before he was released in December, he was given a naltrexone shot to help him remain clean while he looked for a treatment program.

But finding a program isn’t easy if you don’t have the money for the doctor every month, he says. It took Volunteers of America to help him locate a doctor.

That doctor is in Northfield, New Jersey, 30 miles from Murri’s home, near Atlantic City. He has to go there only every other Tuesday. But he holds a job and has to “leave work two hours early every time.”

Murri says he is determined to make treatment work.

The buprenorphine the doctor gives him “takes a good hour and a half to kick in,” he says. His normal daily wake-up time is 4:30 a.m. So on days he needs the medication, he sets his alarm for 3 a.m. He takes the medicine and goes back to sleep for an hour and a half. Then he gets up and goes to work.

In the past, when he was buying street drugs, Murri says, he often shopped at the sidewalk markets in the Kensington neighborhood where Prevention Point Philadelphia occupies a once-vacant church under the Market-Frankford Line elevated tracks.

With elevated trains frequently roaring and clattering overhead, Prevention Point provides medication-assisted treatment to 180 clients, making it “a midsize provider” by Philadelphia standards, according to Jose Benitez, the executive director.

Pew’s Philadelphia research initiative has reported that as of September 2018, licensed treatment facilities in the city were authorized to provide MAT to 8,882 patients at a time.

But the need may be even greater.

Prevention Point was launched in the 1990s to curb the spread of HIV/AIDS among intravenous drug users. It still does that work, along with providing other services. But agency leaders came to realize they could make a bigger impact by additionally offering medication-assisted treatment to opioid users, Benitez says.

Although Philadelphia continues to have one of the nation’s highest rates of opioid deaths, the number of fatalities declined by 8 percent last year. Benitez thinks that the widening availability of MAT, combined with the emergency overdose medication naloxone, often known by its commercial name, Narcan, is making a difference. (See related story on Page 34.)

Prevention Point operates a mobile clinic—a specially equipped van—to get out of Kensington and take help to neighborhoods all over the city. From the van, staff members directly invite users to accept treatment. Staffers can provide users with on-the-spot initial access to medication and then direct them to the clinic.

Meeting the van was how Michaela Dargan was introduced to Prevention Point—and to Barclay.

“I was on the street, actually homeless, and I was walking down the street, and the truck was there,” she says. “I was sick, and they said that they would make sure I had Suboxone [a trade name for buprenorphine] that day.“

Her thinking, she remembers, was to just take the one dose of medication to get through the day. “I wasn’t going to be in no program. I didn’t want to stop or nothing. I just wanted to get well.”

But a Prevention Point staffer kept after her, she says. She knows him just as Andrew, and she says of him: “Andrew is relentless. I was going to die out there, but he got me hooked up with treatment.”

“I feel better and better every week,” she says, “and I’m going to try and make it.”

The U.S. Food and Drug Administration has approved three medications to treat opioid use disorder.

To prescribe buprenorphine, which has prescribing restrictions under federal law, physicians must successfully complete an eight-hour federal Substance Abuse and Mental Health Services Administration training followed by an application to the U.S. Drug Enforcement Administration for a prescriber waiver.

A second FDA-approved drug, methadone, has been widely used since the 1970s. But it must be taken daily at a highly regulated methadone clinic.

The third drug, naltrexone, can be taken safely only if a patient has stayed free of opioids for a minimum of seven to 10 days. It’s often given by injection to former drug users as they leave prison and prevents the feeling of being high if the ex-inmate goes right back to buying heroin on the street. Naltrexone lasts up to 28 days, thus allowing the patient almost a month to find ongoing treatment. 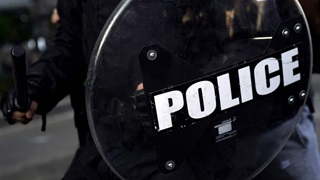 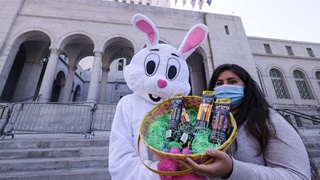