From the comfort of their homes to the nearest coffee shop, Americans expect—and rely—on internet access being available almost wherever they go.

But the Federal Communications Commission estimates that more than 21 million people in the United States don’t have that connection. That includes nearly 3 in 10 people—27 percent—who live in such rural places as the outreaches of Maine and the fertile fields of Indiana, as well as 2 percent of those living in cities.

Research shows that 40 percent of schools lack broadband, as do 60 percent of health care facilities outside metropolitan areas.

And at a time when broadband access has become increasingly essential, any community without fast, reliable internet is condemned “to a long, dark death,” says Peggy Schaffer, executive director of Maine’s ConnectME Authority, which is working to extend service in the state.

Think about it, Schaffer says. Without broadband, “Kids can’t do homework. Older people have to drive off our islands to talk to a doctor. Boats delivering live lobsters from the ocean that can’t ‘talk’ in real time to their customers lose a competitive edge in the supply chain. Before long, young families, older citizens, and jobs leave. New employers don’t come in.”

Cost is one obstacle to extending broadband internet to everyone who wants it. The companies providing the services need adequate returns to justify their investment in the necessary fiber, towers, and cables. And at the other end of the supply-demand equation, many low-income Americans lack access because they cannot afford the monthly bills that come with connecting a computer to high-speed internet.

The Pew Research Center reported in May that 44 percent of adults in households with incomes below $30,000 don’t have broadband. This disparity in access is also seen in what researchers call the “homework gap”—the differences between school-age children who have access to high-speed internet at home and those who don’t. A 2015 center report found that 35 percent of lower-income households with children in school didn’t have a broadband connection at home.

“Without broadband, kids are left behind,” says Schaffer.

Even with the wide discrepancy in estimates on the extent of the digital divide, state leaders are seeing the need for more access in many communities and working to make connections.

“States have employed a range of policies and practices to achieve the ‘last mile’ of high-speed connection—the link to homes, schools, businesses, and others who still need access,” says Kathryn de Wit, who manages Pew’s broadband research initiative. “It has spurred creativity at the state and local level, as well as in the private sector, in Maine and across the country.”

Policymakers in rural and urban states alike are creating new approaches, including building partnerships between public and private entities and using grants from foundations to bring broadband to more sparsely populated places.

The experience in Maine shows that it takes a lot of effort—and persistence—to close the last mile
of connection.

“Building momentum toward a community-based broadband solution is like building a political campaign,” says Mark Ouellette, president of Axiom, a small internet provider with 10 employees in Machias, Maine, not far from the Canadian border. “Three rules help us gauge progress. First: You need local champions to rally support. With their help we can discuss the community’s goals, do surveys, and hold meetings that explain options. My second rule mirrors a Lady Gaga song: There are a hundred million reasons to walk away; you need one good reason to stay. There’s always some resistance. It can be overcome with a good set of goals aimed at revitalizing the community. The third rule: Resist talking about cost till your champions and goals are in place.”

He says that approach helped get high-speed internet to Cranberry Isles, off Maine’s coast near Bar Harbor.

“Broadband now enables better fire and police service, induced more families to remain on the islands, and increased tourism there. Tourists stay longer when they can work online and use email,” Ouellette says. “High-speed internet in Cranberry Isles costs subscribers $69 a month for an upload speed of 25 Mbps and helps the community maintain its way of life. One seasonal resident told me it’s faster, cheaper service than he has in Brooklyn.”

In Indiana, large-scale farmers have paid to bring broadband to their farms—often with help from seed manufacturers and data management companies that, like the farmers, rely on high-speed internet for modern, precision agriculture.

“Farmers can get a cellphone warning late at night that a fence was breached and from bed know exactly where, and how many cattle to round up. Internet data also tells the temperature inside livestock barns, and how much water and feed is being consumed in each, such that the farmer can diagnose illness before symptoms show and disease spreads,” says Justin Schneider, who directs state government relations for the Indiana Farm Bureau. And he notes, “These efficiencies ultimately benefit the consumer by lowering costs.”

But Indiana has plenty of small and midsize farming operations that can’t afford to pay for bringing in high-speed internet themselves. They could be getting help soon from $100 million that state leaders set aside this year to help jump-start installation of fiber-optic cable in rural Indiana.

A Purdue University agriculture economist analyzed the costs and benefits of broadband installation within the service territories of seven electric cooperatives and extrapolated the findings to the entire state. The economist’s report, which helped spur the new funding, said:

“Every dollar invested in broadband returns nearly 4 dollars to the economy. It’s unusual to see returns that significant. The finding of a 4:1 return validates the opportunity that could be created by full broadband deployment in Indiana, where 93,000 people within just the seven electric cooperative areas are without it.”

Other states are trying to be equally inventive.

In 2010, North Carolina’s Golden LEAF Foundation, created by the state Legislature and funded from the national settlement with cigarette makers, distributed $24 million that, along with federal funds and assistance from a nonprofit internet provider, paid for 2,600 miles of fiber cable to link 83 of the state’s 100 counties. Access points connect public schools, state universities, community colleges, and some public libraries. That, says Jeffrey Sural, director of North Carolina’s Broadband Infrastructure Office, gives “all state students equal footing as far as internet is concerned.”

North Carolina also employs teams of technical advisers in specific regions to work with local leaders and help them get service. The teams have sample ordinances that towns can use for legal issues, such as hanging wireless equipment on municipal water towers and other tools for local officials to seek and evaluate bids from internet providers. But expansion often comes down to how much will providing service cost and who will pay for it. And, as Sural notes, “Cable is labor intensive and not cheap.”

Even as states try to expand access, their efforts underline one key tool in solving the connectivity gap.

“What policymakers need is a comprehensive overview of what’s been tried and what’s been successful, so they can continue to learn from one another,” says de Wit.

Pew’s broadband research initiative is aiming to do just that. The initiative—launched in 2018—is working to identify promising state practices that address gaps in connectivity. Early indications from the research suggest that most states have begun to address broadband access: Some are creating a state task force, others are collecting data about connectivity, and still others are allocating funding for expansion efforts. But the research also shows that these efforts vary from state to state, with communities tailoring approaches to fit their unique needs.

“We all have a stake in building communities that will thrive in the future. In today’s economy, making high-speed internet more available will give more Americans new opportunities.”

Different, but the Same Out of Reach
About Trust Magazine
As part of our mission to inform the public, Pew publishes Trust magazine four times a year...
Learn More
Media Contact
Felisa Klubes
Director, Communications
202.540.6460
Sign Up For Weekly Updates
Don’t miss our latest facts, findings, and survey results in The Rundown. 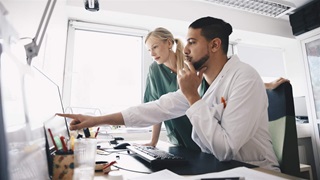