A Proposal to Fully Protect the South Sandwich Islands

To preserve the integrity of this globally valuable marine ecosystem, the Pew Bertarelli Ocean Legacy Project calls for full protection of the whole South Sandwich Islands EEZ. That amounts to about 500,000 square kilometres (193,000 square miles), an area twice the size of the UK. With all extractive activities prohibited, such a sanctuary would protect globally important species and build the resilience of the system against climate change.

The South Sandwich Islands are home to some of the world’s most significant wildlife populations, but the archipelago’s environment faces an uncertain future, largely because of climate change. Fishing is currently limited around the islands and accounts for less than 5 per cent of the local government’s annual revenue. Full protection would shelter the marine ecosystem from harmful pressures, such as fishing, tourism and invasive species, and support critical scientific analysis of the impact of a changing climate—in these waters, as well as in the wider Southern Ocean region that stretches to Antarctica.

Reclassification of the South Sandwich Islands as a fully protected MPA would strengthen the UK’s standing as a global leader in ocean conservation and showcase the government’s commitment to fulfil its Blue Belt policy pledge to protect 4 million square kilometres (1.5 million square miles) of ocean by 2020.

The case for full protection of the South Sandwich Islands

The South Sandwich Islands are a global biological hot spot for threatened penguins and other sea-birds. The archipelago is home to nearly half of the world’s chinstrap penguin population (1.3 million breeding pairs), approximately 95,000 breeding pairs of macaroni penguins, more than 100,000 breeding pairs of Adélie penguins, and several thousand breeding pairs of gentoo penguins. Additionally, 4 per cent of the world’s southern giant petrels breed on these islands.2 And there is evidence that penguin species on the South Sandwich Islands have not experienced the significant population declines reported on South Georgia, in the South Orkney Islands, and along the western Antarctic Peninsula.3

The archipelago is the only arc of active volcanoes in the Southern Ocean, and its waters contain unique deep-sea hydrothermal vent ecosystems; sea-mounts; and the South Sandwich Trench, which is 8 kilometres (almost 5 miles) deep.

Still, scientists have very limited knowledge about the South Sandwich Islands, especially with respect to bird species, deep-sea benthic and pelagic ecosystems, and the functional ecology of krill, a keystone species for the region. What is certain is that the ecosystem is one of a kind and globally significant. To preserve it, full protection from the impact of extractive activities such as fishing is essential.

There has been little attempt to explore and exploit the South Sandwich Islands for natural resources in comparison with the neighbouring waters of South Georgia, which saw both the boom and bust of the whaling and seal fur industries in the early 20th century. Among the factors that have contributed to this status are the lack of a natural harbour, rough seas, high levels of ice, and volcanic activity. Only in recent years has the local government permitted exploratory fishing for toothfish in these waters.

Fishermen now operate in the waters of the South Sandwich Islands for only about one month each year, generating less than 5 per cent of total annual revenue for the local government, which equates to approximately 150,000 GBP (about 190,000 USD) annually.4 The fishery could be expanded, but the limited scientific knowledge of the area and the potential impact on the ecosystem should preclude this. Protecting the South Sandwich Islands marine environment would be a cost-effective approach to safeguarding one of the most productive places on the planet; these waters generate a massive amount of microscopic phytoplankton, which serves as the foundation of the ecosystem’s food web.

Barometer for a changing climate in the Antarctic region

The South Sandwich Islands have the potential to become a scientific monitoring and assessment zone of global importance and provide another opportunity for the UK to demonstrate leadership in protecting ocean waters. The ecosystems and species of the archipelago face an uncertain future, in part because of the regional impact of climate change, including freshwater run-off from melting glaciers in Antarctica, ocean acidification, sea surface warming, and changes in sea-ice distribution. Scientists do not yet have a firm understanding of the long-term effect of these changes on the biodiversity of the wider Antarctic region.

Recent studies, however, indicate that populations of krill, the main food of nearly all of the region’s predators, are likely to be heavily impacted.5

Several factors make the South Sandwich Islands important for getting a better sense of what is driving changes seen elsewhere in the Southern Ocean. By midwinter in most years, sea-ice cuts through these islands. That means Zavodovski and Visokoi, the islands farthest north, are often ice-free year-round, while that is rarely the case for the southernmost islands. Reflecting this, scientists have determined that there is a biogeographic boundary across the island chain: Antarctic species are found on one side and sub-Antarctic species on the other.

Given their location bridging the Atlantic and Southern oceans, the South Sandwich Islands and the surrounding waters represent a critical biological barometer of a changing climate. Appropriate monitoring would provide invaluable information on the impact here, as well as in the broader region under the jurisdiction of the Commission for the Conservation of Antarctic Marine Living Resources. The most effective measurement and monitoring require that the environment be fully protected.

Illegal, unreported, and unregulated (IUU) fishing poses one of the biggest threats to ocean health and global marine conservation efforts. Traditional monitoring, such as fishery protection vessels, especially in remote areas such as the South Sandwich Islands, comes with prohibitive costs for those seeking to police IUU fishing. Effective monitoring and enforcement are critical to an MPA’s success. Remote monitoring can help to solve the challenges related to the scale of large MPAs or those established in distant and isolated places. That task can be handled in large part by technological capabilities such as Oversea Ocean Monitor, which was developed in an effort that began in 2013 between The Pew Charitable Trusts and Satellite Applications Catapult called Project Eyes on the Seas.

The state of the oceans

The ocean covers over 70 per cent of the planet7 and plays an essential role in supporting life on Earth. Its waters help regulate global chemistry and climate, are home to more than 2 million species, and provide food for more than 4 billion people.8

Ocean waters produce over half of the oxygen we breathe9 and have absorbed over a quarter of all humanmade carbon dioxide emitted since the industrial revolution.10 Over the same period, the ocean has absorbed more than 90 per cent of the excess heat resulting from human activities, providing a buffer against the full impact of a changing climate on the land. But these changes are taking a toll on ocean health. Rising ocean temperatures and increased acidity are already affecting the distribution and abundance of marine life and ecosystems.11 In addition, overfishing, marine pollution, and other human impacts are reducing critical ecosystem benefits and harming ocean health.

Without commercial fishing and other extractive activities, MPAs enhance the biological processes that underpin marine species’ adaptation and resilience, and they increase the chance that the ecosystem can cope with stresses such as climate change, pollution, and overfishing. To date, however, just over 2 per cent of the world’s ocean has been fully protected. Leading scientists and the International Union for Conservation of Nature recommend that this should be increased to at least 30 per cent.13

Over the last decade, the UK has led the world in its commitment to establish large-scale, fully protected marine protected areas. Under current plans, by 2020 the UK will have protected, to varying degrees of conservation value, some 4 million square kilometres (1.5 million square miles) of ocean—an area greater than the land-mass of India—across six sites: British Indian Ocean Territory, Pitcairn Islands, Ascension Island, Tristan da Cunha, Saint Helena, and South Georgia and the South Sandwich Islands.

To realise these commitments, the UK government has partnered with the communities and governments of its overseas territories, and Great British Oceans (GBO), a coalition of environmental non-governmental organisations that include the Blue Marine Foundation, Greenpeace-U.K., Marine Conservation Society, Royal Society for the Protection of Birds, Zoological Society of London, and The Pew Trusts. With support from GBO, the Pew Bertarelli Ocean Legacy Project calls for full protection of the entire EEZ of the South Sandwich Islands.

Two geographically and geologically distinct groups of remote and inhospitable islands comprise South Georgia and the South Sandwich Islands. The South Georgia group includes one large island and some minor ones and sits some 4,000 kilometres (2,500 miles) north of Antarctica and 2,700 kilometres (almost 1,700 miles) east of South America. The South Sandwich Islands are an arc of 11 small volcanic islands spread over 385 kilometres (240 miles) to the east of South Georgia. Eight of the volcanic cones have been active in the past century.

There are no permanent residents in the territory, although the British Antarctic Survey operates two research stations on South Georgia.

South Georgia and the South Sandwich Islands together are considered one of the most significant wildlife hot spots in the world—home to 95 per cent of all Antarctic fur seals, 54 per cent of all southern elephant seals, and cetaceans such as southern right whales, sei whales, fin whales, humpback whales, minke whales, blue whales, and sperm whales. As much as a quarter of the world’s penguins live on the South Sandwich Islands, including the largest chinstrap colony on the planet.14 These islands are critical to several species of albatross, such as the grey-headed, black-browed, and wandering albatross.

Given the globally significant wildlife, economic case, and opportunity to measure the impact of a changing climate, the UK and local government should agree to reclassify the South Sandwich Islands as a fully protected marine sanctuary.

Full protection of the South Sandwich Islands would represent a best-practice approach by conserving the marine environment before negative impacts are felt, in accordance with the precautionary principle and the standards of ecosystem-based management. The UK adopted this approach when considering the Pitcairn Islands Marine Reserve.

Reclassification of the MPA surrounding the South Sandwich Islands would reaffirm the UK’s standing as a global leader in ocean conservation. 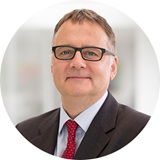