Towns May Grow Millions More Trees with $1.5B for Urban Forestry
分享

SEATTLE — Last year, legislators in Washington state passed a law to bolster the urban forestry work of the Department of Natural Resources. The agency’s urban and community forestry program, which had just two staffers in 2020, will grow to nine positions once the department finalizes new hires.

Those new staffers, along with a new state-funded grant program, will supercharge the department’s efforts to inventory tree canopy in Washington’s communities, help cities maintain their trees and determine where to plant new ones.

“We’re on a trajectory of meteoric growth for urban forestry,” said Ben Thompson, the program’s manager. “All of a sudden everyone’s passionate about this. It’s a lovely surprise.”

States and cities across the country are beginning to embrace trees as critical infrastructure in urban areas. Neighborhoods with tree cover are significantly cooler than exposed areas known as “heat islands,” which can affect human health and utility bills. Urban forests absorb stormwater runoff, filter pollution from the air and sequester carbon.

As climate change threatens to bring increased heat waves, flooding and severe weather to many communities, some leaders are looking to trees as a potential solution. Some regions have been scrambling to restore urban forests that have been decimated by pests such as the emerald ash borer. And much like foresters in the Evergreen State, they may suddenly have more funding to help those efforts take root.

The Inflation Reduction Act, signed into law this month by President Joe Biden, includes $1.5 billion for the U.S. Forest Service’s Urban and Community Forestry Program, which supports efforts ranging from big cities to small communities. Agency leaders say the funding, which will be allotted through competitive grants, will be focused on reaching neighborhoods that lack green infrastructure and are bearing the brunt of climate change.

“These dollars are designed for the most vulnerable, for underserved and under-resourced communities,” said Beattra Wilson, who oversees the Forest Service program. “We anticipate rising to that occasion.”

Wilson said the funding will enable some communities to take their first steps toward an urban forestry strategy, while accelerating the existing plans of longstanding partners. Longtime advocates say the money could transform the program, currently funded at $36 million, from a technical assistance office into a major source of tree planting and maintenance work.

“This is going to reshape tree canopies in cities across America,” said Jad Daley, president and CEO of American Forests, a Washington, D.C.-based conservation nonprofit. “It will get dollars into the hands of cities and frontline organizations that are doing this work neighborhood by neighborhood to provide equitable tree canopy in our cities.”

American Forests estimates that the cash influx, combined with matching contributions from funding recipients, could help plant and protect 40 million to 50 million trees nationwide. The Forest Service has until 2031 to distribute the funds. Washington state’s Thompson thinks the funding will allow other states to match his agency’s investments in urban forestry.

“We’re going to see a transformational change that will allow other states to do what Washington has done in the past two years,” he said.

While the funding has been embraced by foresters in both red and blue states, some conservatives have criticized the equity focus of recent urban forestry efforts. The right-leaning group FreedomWorks characterized a tree-funding provision in last year’s Build Back Better proposal as a wasteful ploy to create “non-racist trees.”

“They continue to try to fool you that they are helping you out,” he said, according to The Atlanta Journal-Constitution. “But they’re not. Because a lot of money, it’s going to trees. Don’t we have enough trees around here?”

Walker’s remarks come even as many fellow Republicans have focused their climate strategies on forestry efforts such as the proposed Trillion Trees Act, instead of clean energy or fossil fuel reduction policies.

In recent years, many cities and states have made commitments to growing their urban forests. Analyses such as American Forests’ Tree Equity Score have shown that low-income neighborhoods and communities of color have significantly less tree canopy cover.

“Urban core communities are suffering from the diminishment of tree canopy,” said Randy McShepard, a co-founder of the Rid-All Green Partnership, a group that leads urban agriculture projects in underserved neighborhoods of Cleveland. “People have to live with the heat island effect, with air pollution, because of the disinvestment that’s happened for far too long.”

McShepard’s group is part of the Cleveland Tree Coalition, a group of public and private entities that’s aiming to plant as many as 360,000 trees in the city over the next decade. Rid-All is building a nursery program to support that effort, and the group hopes to grow up to 5,000 trees a year in an urban nursery to help supply planting programs. The new federal funding, he said, could help expand that work and support the maintenance of existing trees.

States and cities are working to plant more trees in underserved areas.

Regina Romero, the mayor of Tucson, Arizona, pledged in 2020 to plant 1 million trees by 2030. The Tucson Million Trees initiative, which is mostly financed by philanthropic donations, aims to increase tree canopy in areas where it’s lacking, using the Tree Equity Score developed by American Forests. The effort includes a youth program, where young people from disadvantaged communities can gain job skills and income.

The federal funding could potentially help Tucson purchase saplings, hire labor and expand its youth program, said Fátima Luna, Romero’s climate and sustainability policy adviser. The city aims to build its own nursery, which could eventually become a supplier for nearby communities.

“This is a historic opportunity, and we have been preparing for this moment,” she said. “In the past, funding for trees was typically in places like national parks. Having a focus on the urban core is extremely important.”

States also have been working to maintain and grow their urban forests, with support from the National Association of State Foresters, a forum and advocacy group for agency leaders from across the country.

“We have in the past had a pretty good technical assistance program, but we haven’t had a whole lot of money to get the work done,” said Keith Wood, a contractor who staffs the group’s committee on urban and community forestry. “This is a monumental moment, and we’ll be able to show some really significant changes in the health of our communities, decreased air pollution and reduced temperatures in urban heat islands.”

In Nebraska, state leaders have developed a program to help residents with low and moderate incomes remove and replace ash trees that have been killed by the invasive emerald ash borer. John Erixson, director of the Nebraska Forest Service, said it will cost roughly $1 billion just to address the dead and dying ash trees on the state’s public lands.

“We have more demand for trees than we have funding to support,” he said. “[Federal funding] has the potential to be a game changer. This is going to be an exciting opportunity for communities across the nation.”

“I cannot remember a time in the 30 years I've been in this field where there’s been such a focus on the value that trees have in our environment,” she said. “The community forestry arena is poised to take advantage of this unprecedented funding and do some enormous good for these communities.”

Foresters caution that communities shouldn’t focus their newfound funding just on planting seedlings. For starters, those seedlings have to come from somewhere. If the federal funding is to add tens of millions of trees to the urban canopy, some of it will likely need to create and scale up nursery programs.

“If cities start to really ramp up the amount they're trying to plant at the same time, it's going to result in a shortage” of seedlings, said Thompson, the Washington state official. “There needs to be an increase on the supply side.”

Daley, with American Forests, said cities should be looking to foster more nurseries in urban areas, both to create jobs in disadvantaged neighborhoods and to drive down the cost of procuring trees. Cleveland’s efforts with the Rid-All Green Partnership could provide a model for that approach, McShepard said.

“Planting trees in urban spaces is old news, but sprouting trees from seed to sapling in urban areas is a new, more innovative approach to this,” he said. “We hope that what we learn can be shared.”

Planting millions of trees also will require a lot of hands in the soil, and states, cities and nonprofits may need to invest in training programs to expand their labor force.

And once communities supply their saplings and get trees in the ground, they can’t just walk away. Many trees require pruning and maintenance, and they also face threats from pests, diseases, drought, storms and development.

“While we’re adding more trees, we’re also losing trees at an accelerating rate,” Daley said. “Cities need to get their programs up and running to scale up tree planting, but also tree protection and maintenance.”

Experts say officials need to ensure that planting efforts don’t just benefit affluent neighborhoods that already have lots of trees. In Washington state, the new influx of urban forestry funding requires that at least half of the money is invested in neighborhoods that face environmental health hazards, socioeconomic challenges or other health concerns.

“The whole climate problem just seems so enormous, but urban forestry is a great place to start,” Thompson said. “It doesn't solve every problem, but it's an affordable way you can make gains.”

Locals Worry Wind and Solar Will Gobble Up Forests and Farms

Locals Worry Wind and Solar Will Gobble Up Forests and Farms

Will some local ecosystems be sacrificed to fight global climate change? 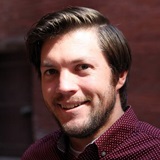