Calling eelgrass “critical for ocean and human health,” California Secretary of Natural Resources Wade Crowfoot said state officials will continue to do all they can to restore and enhance this vital marine plant throughout the state. Crowfoot made his remarks following the September meeting of the California Ocean Protection Council (OPC), which advanced its goal to protect 15,000 acres of eelgrass and restore an additional 1,000 acres over the next five years by adopting a resolution urging the federal government to update its eelgrass mitigation policy for the state.

Found in estuaries, bays, and other shallow nearshore areas, eelgrass provides essential habitat for species such as Dungeness crab, an important part of the state’s commercial fishing industry that generated more than $51 million in 2019, according to the California Department of Fish and Wildlife. Eelgrass also nurtures endangered Sacramento River Chinook salmon, absorbs climate-warming carbon, helps protect the coastline from storm surges, and provides other benefits. “It is a small plant that has a big role in sustaining our coastal economies and mitigating climate change,” Crowfoot said.

But eelgrass is rapidly disappearing because of increasing coastal development, pollution, and other threats. About 30% of the world’s eelgrass has vanished since the 1870s. California’s Moro Bay has lost more than 90% of its eelgrass since 2007.

NOAA Fisheries is expected to complete its review in 2021. Implementation of the new eelgrass mitigation policy could begin in 2022. 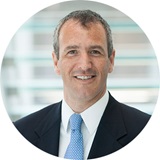