The waters of the Tristan da Cunha archipelago cover a vast area in the South Atlantic Ocean nearly three times the size of the United Kingdom’s mainland, with an exclusive economic zone (EEZ) of 758,771 square kilometres (292,263 square miles).

In November 2020, the government and people of Tristan da Cunha—with the support of an international partnership including the UK—announced their intention to designate a 687,000 km2 (265,000 mi2) marine protection zone. The zone will cover over 90% of the entire EEZ, creating the largest fully protected marine reserve in the Atlantic Ocean, and the fourth-largest fully protected marine reserve on the planet.

Four islands make up the chain: Nightingale, Tristan, Gough, and Inaccessible, with the latter two collectively recognised as a UNESCO World Heritage Site. The marine ecosystem surrounding the islands remains healthy and vitally important for albatrosses, penguins, and seals. The remote location of this United Kingdom Overseas Territory—midway between Argentina and South Africa—means that many of these species are found nowhere else on Earth.

Tristan da Cunha serves as the breeding ground for 85 percent of the world’s endangered northern rockhopper penguins. The species, known locally as “Pinnamin,” lives alongside subantarctic fur seals and a single breeding colony of southern elephant seals. Seal populations are slowly recovering from the unsustainable hunting practices of the late 18th and early 19th centuries.

Two endangered birds—the sooty albatross (“Peeeoo”) and the Atlantic yellow-nosed albatross (“Molly”)—breed only in the Tristan da Cunha archipelago. According to the International Union for Conservation of Nature’s Red List of Threatened Species, critically endangered Tristan (“Gony”) albatrosses breed almost exclusively on Gough, as do endangered Atlantic petrels. Spectacled petrels, with a recorded wingspan of up to 118 centimetres (47 inches), are also considered vulnerable and reproduce only on Inaccessible. The island also provides a home for an endemic species of land bird, the Inaccessible rail, which is the smallest flightless bird in the world and considered vulnerable.

To help the Tristan da Cunha community actively manage their newly protected waters, Pew Bertarelli Ocean Legacy is committed to supporting long-term implementation projects. These initiatives include developing a partnership with Global Fishing Watch to support the planning and management of effective marine protections by harnessing near real-time, open-source and interactive data to evaluate ocean conditions, marine biology, and human activity such as fishing. 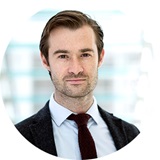