How the WTO Can Save Fish for the Future
Pew.Feature.Toolbar.Share

In the midst of negotiations at the World Trade Organization (WTO) over proposals to curb the harmful fisheries subsidies that governments issue to their fishing sectors, The Pew Charitable Trusts and leading scientists developed a modeling tool to analyze the proposals’ potential effects.

The tool shows that an ambitious WTO deal to eliminate all harmful subsidies worldwide could result in a 12.5 per cent increase in global fish biomass by 2050. This translates to nearly 35 million metric tons of fish—four times North America’s fish consumption in 2017.

Harmful fisheries subsidies: A global problem with a short window for action

Every year, governments around the world spend $22 billion on harmful payments to their fishing sectors. In the short term, these funds may appear to help support fishers and enhance food security, but harmful subsidies— such as those for fuel and vessel construction—encourage increased fishing capacity and effort, allowing fishers to catch more even when fish stocks are under pressure. Then, as fish populations decline, fishers need more subsidies to maintain their catches, leading to further overfishing that jeopardizes ocean ecosystems and the well-being of people who rely on sustainable fisheries and a healthy marine environment.

Fortunately, there is a way to break this cycle. WTO members could agree to eliminate harmful fisheries  subsidies and support their fishing communities in ways that do not diminish the sustainability of fish populations and fisheries.

To craft a meaningful agreement to curb destructive fisheries subsidies, WTO members need to fully understand the long-term benefits of the various policy options under consideration. Other stakeholders, such as environmental organizations, also need information to push for the most ambitious outcome at the WTO. To help meet these needs, scientists at the University of California, Santa Barbara, created SubsidyExplorer, a free web-based tool that models the effects that varying levels of subsidy reductions could have on global fisheries. This tool—funded by The Pew Charitable Trusts—was created using publicly accessible biological and economic data from 2018, the most recent year for which complete information was available, and was peer reviewed by independent economists.

The tool starts with an estimate of subsidies for every fishing nation compiled by Rashid Sumaila and a team of researchers at the University of British Columbia. Using a satellite-based data set created by the nonprofit organization Global Fishing Watch, the tool estimates the payments to each fishing vessel based on that ship’s country of registration, size, and time spent fishing. The tool then uses biological and economic modeling to predict how a vessel would change its activity if certain (or all) of its subsidies were removed and how fish populations would respond to changes in fishing pressure. It includes a list of proposed subsidy reduction policies and allows users to select one or more policies to see how different combinations might affect fishing pressure and fish population numbers.

The tool shows that an ambitious agreement to remove all harmful fisheries subsidies worldwide could  result in an increase of 12.5 per cent in global fish biomass and a 3.5 per cent increase in global catch per year by 2050.

To use the tool, go to www.subsidyexplorer.org. 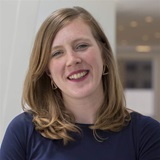